There was a contributing writer of this site who liked weird movies. I mean, like, really weird. The more “out there” the film was, the more he liked them and wanted to cover them. My response was always along the lines of “Hey, knock yourself out, I can tell you that I’ll never cover it so it’s best if we have coverage when a lot of other sites won’t.” That’s paraphrased, but I trust the point is made. This writer has since moved on to “do his own thing” leaving some of the more avant garde films to my “to be reviewed” pile. My wife had gone to bed and as I was looking at said pile, I found this little gem. It’s the story of a lonely man who builds himself a robot for companionship. If that sounds like something that you’ve never heard before, I’m guessing that you’re correct. And if it sounds like a movie that appeals to you say…in the vein of films like Swiss Army Man or The Lighthouse, well then you’ll enjoy this little gem.

We meet Brian (David Earl), an inventor whose creations are, by and large, useless. One of which is a flying cuckoo clock. As we see, it burns off before liftoff. He’s written off by most of the folks in his town with the exception of Hazel (Louise Brealey) and Brian has had a crush on her but is too afraid to ask her out. So it’s a bit intriguing that when Brian makes an invention that actually works, “Charles Petrescu”, it comes as a shock. Constructed of a washing machine, a head of a mannequin and various other knick knacks this contraption looks more like Larry David with a lightbulb for an eye. Charles (Chris Hayward) speaks in a typical robotic voice and resembles a child. He wants to learn about the world and has visions of going to Honolulu after seeing it on television. And despite Brian’s best efforts to keep Charles under wraps, Brian’s friend Eddie (Jamie Michie) has his sights set on destroying this “monstrosity.”

To be sure, this is a strange film. It’s something that might make a little more sense after a few glasses of wine (or something to that effect). One thing that I really didn’t get was that the movie is filmed in a faux-documentary style. Occasionally Brian will break the fourth wall and address the audience. I don’t know if that approach really worked mainly because…who would want to film this guy? But I’m all about originality and I have to say that this one has it in spades. If you thought Wilson, Tom Hanks’ “friend” in the movie Cast Away was a bit out there, this one takes it to a whole new level. Yes, it’s got charm and all that, and for the umpteenth time – you either love movies like this or you don’t. Guess which camp I’m in.

As a new to Blu-ray movie we all know what to expect. Granted, this isn’t some A-List movie with a budget of $100 million, but these days you don’t really need to have the kind of studio support to produce a great-looking picture. Heck, there have been feature-length films shot on iPhones, so it goes without saying that this Universal release looks good. The 2.39:1 AVC HD image checks all the boxes with strong contrast and while not the most colorful film out there, it does have a warm, interior glow that’s nice. Detail is sharp as well, I can’t imagine watching this movie and trying to believe that the constructed “robot” was real if not for the uptick in picture quality. I think I even lost my own train of thought there. Suffice it to say, I wasn’t disappointed – you won’t be either.

The included DTS HD Master Audio mix isn’t exactly going to shake the house, and it’s really not supposed to. And when we really only have one main character, there’s not a lot of cause for “dynamic audio” if you get my drift. A few scenes have some surround ambiance that heightens the mood, but by and large this dialogue-driven mix is all you really need. Or want. And it works fine.

I imagine if my wife ever kicks me out, I could see myself living a desolate life somewhere and attempting to build a friend out of old dishwasher parts. I’d probably fail. So the best course of action (for me) it to keep the Mrs. happy. Having said that, this is a rather offbeat film that has a certain charm to it. Check it out, it’s worth 90 minutes of your day. 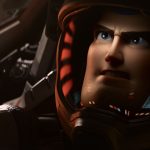 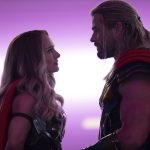