I’ve written things like this before, but I often repeat myself so I’ll say it again – I continue to work on this site because I’ve always loved movies. My guess is that that I always will. It’s common to think that with all of the “free” movies I get (I use that word in quotes since I pay the bills with both money and my time, so nothing is ever truly “free”) everything is always good. It’s not.  But when I watch films like The Lobster or this little gem, it’s definitely an experience that I remember. For every superhero movie or remake that makes its way to Blu-ray, I really should start taking a few more chances and watching more films like Swiss Army Man. I had no idea what to expect of it and it was only a spur of the moment decision to watch it to begin with (my “to be reviewed” pile was fairly large). But that’s what life is all about: taking chances and going outside your comfort zone. Paul Dano might not be the household name that Daniel Radcliffe is, but he’s an accomplished actor in his own right and if you’ve not seen it, check out Love & Mercy. That aside, we see “the boy who lived” in a role where he’s dead. Might that be a metaphor for this film? Let’s find out.

On the brink of suicide, Hank (Paul Dano) seems to have lost all hope. We don’t know who or where he is, only that we’re greeted by handmade boats floating in the water. As he’s about to hang himself, he sees a body wash up on shore. The body isn’t moving and Hank believes it to be dead…until he hears a sound. And another. And another. What sound? Well, it’s a sound that perpetuates the film – a fart. Lots of them. Hank eventually fashions this body into a jet ski of some sort (this movie will require a large amount of suspension of disbelief) and the duo land in a forest. As Hank starts to see the “use” in his dead friend, the two start to build a rapport. “Manny” (Daniel Radcliffe) as Hank dubs him starts to talk! Is he still dead? We’re not entirely sure. But the two manage to not only survive but thrive in the forest. They eat, discuss women and Hank manages to figure out a use for Manny in order to survive (unless I’m totally mistaken Manny’s ultimate use is that of a swiss army knife, pretty much coming in handy at every turn). We learn that Hank has pined over a woman (Mary Elizabeth Winstead), but lacks the courage to speak to her. What will become of Hank and Manny and how do you explain a dead body that farts and gets erections?

If you’re to combine the movies Weekend at Bernie’s and Cast Away, you might get something like this. And there’s really no way to pigeon hole this film. And it’s the kind of movie that shouldn’t be labeled anyway. Is it film school boys being weird for the sake of being weird or is there really some sort of deeper meaning there? I’m off the mindset that it’s a little of both.  One thing that I’ll say is that this is unlike any movie I’ve ever seen and that’s a good thing. It’s a real good thing. I like movies that make me think, ponder and reflect back on them when the end credits roll. That’s Swiss Army Man. The directing team known only as DANIELS took a stab at this and, with the help of Dolby, were able to get the necessary funds to complete it (though I’m sure Daniel Radcliffe could have probably produced it if he wanted). If counter culture makes you squirm and you like things tidied up with a little bow around them, then this might not be the film for you. But if you occasionally like to think outside the box and want to broaden your horizons a bit – check this one out.

This is an interesting film to watch and dare say “experience.” While it’s not the most visually aggressive movie out there, the majority takes place in the forest and at night. Daniel Radcliffe’s pale complexion clashes nicely with that of the “living” Paul Dano, both against the backdrop of nature.  The 2.40:1 AVC HD image reeks of detail, colors are bold and brash while contrast is solid and steady.  No matter what situation the actors find themselves in, there seems to be some odd visual presence that surrounds them. Yes, I realize that’s an odd way to describe it, but this is a wonderfully-shot film and the Blu-ray does a fine job at presenting it in all of its HD glory.

I was pretty surprised to see the Dolby Atmos logo pop up prior to the credits, but after viewing the Q & A and realizing that Dolby gave the film a grant for its sound design and production, it made a lot more sense. Admittedly this isn’t the first movie you think of when you think Dolby Atmos. I will say, however, that if you’re going to have a character that has a problem with flatulents, there’s no other way to experience it than in atmospheric sound. By and large, the movie only has one voice, that of Paul Dano’s character. Later on when Radcliffe’s character does begin to speak, we get a bit of a contrast. Atmospheric sounds in the forest help envelop the viewer into the film, some of the surround effects are pretty lifelike as well. The sound of the waves crashing on a beach or the crackling of fire – they all sound pretty darn good in Dolby Atmos.

This goes to show that you never know what to expect. Admittedly I’d probably have never watched this movie if not for my stepson asking we could watch it. And, to my chagrin, I was pleasantly surprised. The film isn’t for everyone as it’s a bit “out there” in some sequences, but take it for what it’s worth and I think most will be as charmed as I was. 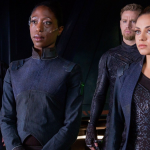 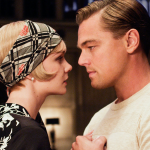