If you don’t know who Zoey Deutch is, my guess is that you soon will. She’s turned in several great performances in recent years like Before I Fall and made the most of her part in Zombieland: Double Tap. Oh, and she’s the daughter of director Howard Deutch and her mother is Lea Thompson (yes, Lorraine from Back to the Future). That’s fine and it got her foot in the door, but she’s got some real talent. And she inherited her mother’s looks, so that doesn’t hurt. In her films, she’s been a leading woman, but she’s never been a “leading woman” if that makes sense. That changes with Buffaloed. She’s in nearly every scene and commands each and every one. The fast-talking, know-it-all seems to have an answer for every question even though she’s not living the most charmed life.

Deutch plays Peg, someone who’s wanted to get out of Buffalo since she was a kid. She’s smart. She’s gotten accepted into an Ivy League school (it doesn’t say which one), but figures out that the interest on her student loan itself would equate to nearly six figures. She goes for the short-term money and not the long haul. After being busted for selling counterfeit Buffalo Bills tickets, she gets a job working at a debt collection agency. She’s taught the ins and outs of the place by smarmy owner Wizz (Jai Courtney). Peg figures out that she’s a natural at this and is sick and tired of the moral and illegal goings on that Wizz employs. So she goes out on her own. This doesn’t sit too well with Wizz and the two go back and forth with threats to foil the other.

The movie is smart. And it knows it. Deutch’s character breaks the fourth wall a time or two and even compares it to The Big Short, but for the collection business. I liked that. And that’s what I liked about The Big Short. It was smarter than the person watching the film and it knew it. So both films “dumb it down” for the moviegoer. I don’t know how collection agencies work, but if the movie was accurate I do now. They’re something to avoid. That aside, this movie really is all about Zoey Deutch. I loved the film. I didn’t want it to end. There’s talent to be had and she’s got it in spades. For those wanting a smart, entertaining film then look no further. And for those that will wonder what movie made Deutch a star – look no further.

Having never been to Buffalo, I can’t say if this film was shot there entirely. According to IMDb, it was shot in Toronto. Hey, close enough – it’s right across the way. I mention this as the Rust City (that’s what it’s called) doesn’t really seem like it’d be a nice place to visit. Delipidated homes seem to be on every corner as are broken down warehouses. Does the sun ever shine? The 2.39:1 AVC HD image does look good though offering crystal clear imagery, copious amounts of detail and a fairly broad color spectrum. Flesh tones appear natural, though it seems that everyone has a pasty look to them. Perhaps, as I alluded to, it doesn’t seem like Buffalo is a great place to get a suntan. Suffice it to say, it’s indicative of a new to the format disc.

The opening sequence is the showcase for the DTS HD Master Audio mix. A slow-motion shot yelling into the phone while Deutch’s character runs through Buffalo culminating with a trio of gunshots. It’s got some oomph! Unfortunately that’s the highlight of this sound mix. Vocals take front and center and sound just as crisp and delightful as one might think. Jai Courtney’s deep, scratchy voice contrasts nicely with Deutch’s “teenage” girl vibe. Surrounds are used very infrequently, but do offer a bit more ambiance in a few sequences. It’s not the best mix out there, but then again in a dialogue-driven film – it doesn’t have to be.

Unfortunately, this disc contains no extras.

This one’s a winner. And while it might not be the best film out there, it does provide a showcase for Zoey Deutch and her talents. It’s quick-witted and fun. Unfortunately Magnolia’s disc is featureless, but looks and sounds good nonetheless. 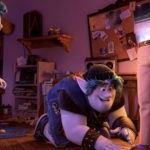 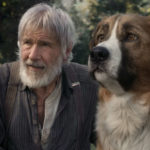