As I reflect back on the books I was “forced” to read in high school, I hated doing it at the time. Then again it was high school and I, along with most others, hated most everything. Wasn’t being a teenager fun? But with a good majority of my free time as an adult being taken up by movie-watching, I find that having an antecedent for some of the films I view a positive. Granted, that’s only a small portion, but for a movie like The Call of the Wild, it was nice to reflect back on Jack London’s iconic novel. Truthfully, this is the kind of movie we don’t see much anymore. It harkens back to the Disney nature films of the 70’s and 80’s like Swiss Family Robinson. And it doesn’t hurt that we’ve got none other than Harrison Ford headlining the film. Ford’s got nothing to prove as an actor, so for him to take this on is a testament to the source material and the project as a whole.

For those that haven’t read the novel, this version steers away from it a bit, but not by much. The story follows Buck, a dog who lives with a well-to-do family in California. He’s stolen and sold at a market and purchased by a mail carrier (Omar Sy) who uses him for his sled dog team. Buck initially has some trouble adjusting to the life of an outdoor sled dog, but he eventually gets the hang of it. In the process, he also becomes the group’s alpha. Buck is subsequently purchased again, this time by an abusive prospector, Hal (Dan Stevens) and his wife, Mercedes (Karen Gillan). It’s then that we meet John Thornton (Harrison Ford), a man running from a tragedy and looking to find peace in the Yukon. John eventually ends up with Buck and it’s the bond between man and dog that both need to survive.

There’s not a lot to dislike about the film. As I mentioned, it’s a “timeless classic” and it is. I hate to write phrases like that, but it is. It’s like Back to the Future in that it’s got something for everyone. If anything, this has inspired me to check out the early 90’s film White Fang starring Ethan Hawke (for those that don’t know, London also wrote that one as well). About the only thing that really detracted from the film was the overuse of CGI. Granted, there was a lot more creative freedom that the filmmakers had using CGI animals, but in a few scenes it was a bit distracting. Granted, the kids might like some but for me it took me right out of the movie. Still, it’s a great film of one of the great American novels and it comes highly recommended.

I have no idea as to which of the sequences were CGI (aside from the dogs) and which were filmed on location. And I’ll keep it that way. But there are some scenic shots that are so painstakingly beautiful that I now have Alaska on my bucket list. We get broad, sweeping views of the Alaskan klondike that paint a wonderful image of what it must have been like. The “human” components look fine, it’s odd to see Harrison Ford with a shaggy white beard, but he manages to pull it off and yes, he’s not getting any younger. The up, yet down, part of the film is the CGI used for Buck and the rest of the canines. On one hand, they look realistic enough to pass for real animals, but there’s a bit of anthropomorphism that gives them a bit of a cartoonish look from time time. The kids might like to see a dog “laugh”, but it was a bit off putting as well. Overall, the 2.39:1 AVC HD image is wonderful and a highlight of the film.

The included DTS HD Master Audio mix found on the Blu-ray certainly has a few moments to shine. If you upgrade to the 4K version, there’ll be a Dolby Atmos mix awaiting, but alas we were only sent the Blu-ray. Nevertheless, the mix has some dynamic goodness that manages to keep all 7.1 channels humming for the majority of the film. The first person POV sequence in which Buck and the other dogs pull the sled through the Alaskan wilderness is particularly active as is a scene with an avalanche. Vocals are sharp and crisp as Harrison Ford’s voice booms via the center channel. Surrounds are used, but not overused. It’s an engaging and active mix that’s sure to please.

For most, The Call of the Wild was required reading in school. That and White Fang are the two novels that author Jack London is best-known for. The story has changed a bit from the source material, but not much. It’s a “timeless classic” that’s sure to appeal to the entire family. And it’s a beautifully-shot film, though the CGI does take its toll on the viewer after a while. This is an easy recommendation. 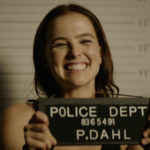 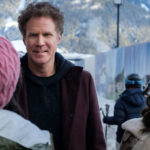