You wouldn’t be wrong to see the case for Bullet Proof and mistake it for an action flick with Vinnie Jones in the lead. He is front and center on the cover, holding a gun with a few bullet holes all around. What is unfortunate is that the star probably doesn’t have a total of 15 minutes of screentime if that. He is a more than capable star, but the lead star is James Clayton known only as The Thief. He just doesn’t have the star power of Jones or many action stars of the past. Had a better, more capable actor been cast in the lead, this might’ve been a much more effective film. As it stands, it passes the time, but will vanish from memory by the time the closing credits hit.

Vinnie Jones plays Temple, he is a sadistic crime boss whose pregnant wife, Mia (Lina Lecompte) gets stuck in the middle of a robbery. The Thief (James Clayton) winds up in a getaway car with Mia in the back. Thief robs millions from Temple in the opening moments of the film in an all-too-hectic shootout that is hard to muster much interest. Temple is known to have a powerful grip on Mia and that is why she has reluctancy to ever go back to the man. This sets up the basic premise of the film. Thief and Mia pair up and are on the run from Temple, who hopes to reclaim his wife and the stolen money. The idea, while not totally original, is at least a good one. Or in theory, that is. I read the premise when I requested the film, but it is nothing more than a generic and rather boring action film that we’ve seen time and time again.

Thinking back over some of the action films of yesteryear that I really enjoy, I started to wonder what made them so great. I believe that they had the few right ingredients. Reliable action star, R-Rating (which this does have), well-staged stunts and a simple, but effective enough premise. Sadly, this one just failed to engage me. It seems like everyone here is bored and going through the motions. Sure, it has blood and the action, but it feels like the heart is missing. Having recently rewatched some Steven Seagal flicks such as Hard to Kill and Out for Justice, I would gladly revisit those any day before suggesting one sit down to watch this. There have been worse action flicks, but also far better, both past and present. Skip it. I was surprised to see this one didn’t star Bruce Willis since his catalog seems to still have a few left since his diagnosis.

I didn’t care too much for the film, but the transfer was nice. The back of the case states that this is an even 2.00:1 ratio, and it did appear to have that ratio as the framing wasn’t the usual width, I have noticed with either comedies, or wider shot films. Details were strong and colors as well. The print was pristine, and I must assume the film was shot digitally. There’s little left to say besides this looks great and viewers should feel pleased.

The DTS HD track is as you’d expect. The vocals are fine, but the surround elements are what will be the takeaway here. It pleased me and kept me engaged at least from a listening perspective. Like the transfer, this track satisfies.

Not awful, but just redundant. There is really no need to sit through Bullet Proof as it offers a generic and forgettable experience. Those hoping to see Vinnie Jones unleashed will also be disappointed by the misleading cover art. The star is hardly even a supporting character here. Skip It. 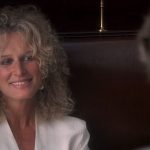 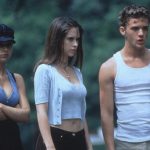