Hollywood is strange. Very strange. You’d figure for an industry that’s now been around for over a century, there’d be more of a surefire way to make a good movie. Yes, I realize that’s subjective, but it’s also true. On one hand you’ve got Tom Hanks who’s been the golden boy in Tinseltown for the last quarter of a century. He’s got two Academy Awards under his belt, a slew of amazing films to his credit and an all around good guy. Let’s face it, if you’re Tom Hanks you have the luxury to choose your projects and you don’t make many (if any) bad films. Conversely, there’s Emma Watson. Best known for her role in the Harry Potter films, those are now said and done. Watson, beautiful and talented, is trying like most child stars, to shed the image that made her famous (in this case the character of Hermione Granger). Watson showed she had what it took to make a hit film without a wand in her hand and this is evidenced in the live-action version of Beauty and the Beast. And now we’ve got The Circle, a techno-drama/thriller with two big names above the title. What could go wrong?

Mae Holland (Emma Watson) is an ambitious young woman who lands a job at a tech company called “The Circle.” Think of Microsoft or Apple for a point of reference. The brains behind said company is Eamon Bailey (Tom Hanks), an intelligent and generally decent guy who encourages his employees to push the envelope of what’s possible. Currently his passion project is a small adhesive camera that can be stuck anywhere in the world allowing what’s recorded to be broadcast on the internet. He calls this “transparency” and it’s his current obsession. Mae, eager and ready to do what it takes to get ahead, impresses Eamon though her ailing father (Bill Paxton) could benefit from a decent health care plan. Of course this is only the tip of the iceberg and we all know that more nefarious things are at stake, but what will Mae do?

As with a lot of new films, this isn’t a bad film per se, rather it’s just predictable and ultimately forgettable. Watson and Hanks deliver fine performances (though Watson needs to do less acting with her forehead and more with her talent, she does have some). James Ponsoldt, who directed The Spectacular Now, shows glimmers of hope through the film. There’s a strong supporting cast with Bill Paxton and Glenne Headly, Evan Coltrane (Boyhood) and John Boyega (Star Wars: Episode VI). The script was written (or “modified”) by the novel’s author, Dave Eggers, though it felt like he took a few too many liberties with the characters. Certainly, the movie is watchable, but there’s nothing here that you don’t already know going in.

Visually there’s nothing wrong with Lionsgate’s Blu-ray. This checks all the boxes and then some with its visual allure. The 2.40:1 AVC HD image looks clean, solid and colorful throughout. Emma Watson’s youth is juxtaposed with Hanks’ grey and white beard (reminiscent of Steve Jobs, perhaps)? Being a tech drama, we get plenty of shots of the latest gadgets, high resolution screens and the like and they all look swell on your HDTV. Contrast is strong and solid, colors rich and pure and detail is, of course, razor sharp.

I recently watched the movie Disclosure, a similar “tech” movie set in 1993 and was thinking to myself how dated some of the movie looks and sounds. I feel that The Circle might fall into the same trap in another 25 years. Or not. I can’t remember where I was going with this. At any rate, the included DTS HD Master Audio soundtrack has a few moments of glory, but nothing too memorable. It, like the movie, is rather forgettable. Surrounds add some extra emphasis on a few selected scenes, but by and large this is a front heavy mix that simply does its job.

I’d said in my opening paragraph that Tom Hanks doesn’t make many bad movies. And while I don’t consider The Circle to be “bad”, he’s done far better. It’s formulaic and predictable, though the strong supporting cast does help elevate it. If nothing else, it’s a strong performance from the late Bill Paxton, though it’s a shame that with his notable career (Titanic, The Terminator, Aliens and Tombstone among them), that this was his final role. 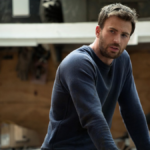 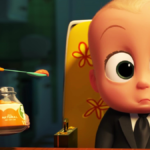