I seem to vaguely recall seeing ads for Gifted, but then hearing little else about it. It seemed to come and go without much notice. It stars Chris Evans who’s no stranger to stardom, having been in several superhero films playing Captain America. Still, the film flew under the radar. In another strange tie-in to superhero films, Gifted was directed by Marc Webb who helmed the two Amazing Spider-man films. I find that little nugget interesting. Clearly, with this film, both he and Evans are stretching their wings a bit. But is the film worthy of either of their efforts? Read on.

I’ll admit that despite hearing some about this film, I really knew very little about it. Outside of it featuring a very “Gifted” young child, I knew little else. Sometimes that can be nice to go into a film mostly fresh and just let it unfold as you’re watching it. Set in a small town near Tampa, we meet Mary Adler (McKenna Grace) who is a mathematical genius. Her teacher is so impressed by her on her first day that she suggests to her Uncle, Frank (Chris Evans) that she be placed in a gifted program. Frank is against this, however, and declines this offer. Matters are only made worse when Mary gets into an altercation at the school. The Principal even suggests an advanced program at another school, and she’ll even give her a scholarship. Still, Frank refuses. He wants her to have a normal childhood and make friends her own age. Frank begins getting closer with Mary’s teacher, Bonnie (Jenny Slate) and that’s one of the many relationships we follow during the film. More drama arises when Mary’s grandmother steps in and hopes to gain custody of her. We then follow some courtroom drama as we watch the events unfold. I won’t reveal too much more, but Gifted does veer a bit more off course than I was initially expecting.

Admittedly the film can feel more like an afternoon TV special than a feature film, but I was mostly taken by it. I think a big thanks must be given to the cast who really shine in their roles. There are many overly familiar elements on display here, but the film thankfully doesn’t get too cheesy or sappy. It’s not something I’d feel the need to revisit often, but it makes for a decent rental, or even better waiting for cable.

While no means a flashy film, I was still quite surprised by how nice several shots looked. The whole transfer satisfies, but there are some very nice background shots that work well here. The Florida locations help here as they offer plenty of eye pleasing visuals. The print is pristine as well. Fox has done a great job here. The image is AVC encoded with a 2.40:1 ratio.

The DTS HD track serves the film about as expected. There are plenty of outdoor scenes that feature nice background noise and banter. All this makes us feel like we’re right there with the characters. Vocals have a nice clarity as well. This is a quieter film, but it works great as a well.

Gifted is a sweet little film that acts as a good counter to some of the heavier stuff we see too much of these days. By all means, it’s a nice and gentle film. It can feel a bit like a TV special at times, but the acting and nice story propel things. I’d advise a rental or check it one day when it hits cable. 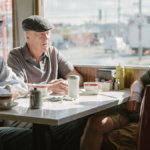 Going in Style (Blu-ray)
Next Article 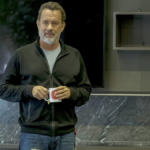