I find that when I think of the films of David Cronenberg, I’m nearly at a loss for words. He’s had some mainstream hits, but by and large his films have been under the radar. Movies like Scanners or The Fly certainly come to mind, though I did find two of his more recent works (and by “recent” I’m talking in the last 15 years) and his collaborations with actor Viggo Mortensen. Those films: Eastern Promises and A History of Violence. Cronenberg has a way of telling a story that’s certainly unique and for those that aren’t afraid of some graphic violence – this might just be your guy. And by that I mean that you need somewhat of an adventurous spirit to approach his films and this one in particular. I’m recalling 1996’s Crash in which the main characters get sexually aroused by watching car crashes and the injuries that come with them. If this sort of thing is up your alley, then Crimes of the Future is right up your alley.

Set at sometime innocuous time in the future a mysterious force has caused the human body to “evolve.” Most humans no longer feel traditional pleasure or pain and there are no more infections. People now take to performing random surgical acts on one another and it’s a form of eroticism. We meet folks like Saul Tenser (Viggo Mortensen), a performance artist who’s body spontaneously creates new vestigial organs. His partner, Caprice (Léa Seydoux) removes those organs during live shows. As a result of these performances, Saul gets into some rather bizarre predicaments. Timlin (Kristen Stewart) works for the National Organ Registry, an office that’s dedicated to keeping track of the weird stuff that people grow on their bodies. She becomes somewhat infatuated by Saul’s “work” and even making the comparison that “surgery is the new sex.” Add to that, Detective Cope (Welket Bungue) needs Saul’s help in infiltrating a radical evolutionary group. He’s also visited by Lang (Scott Speedman), someone who wants to perform a public autopsy on his deceased son. There’s more, of course, but this should set the stage…

I can’t stress again how “out there” some of Cronenberg’s films are and this is certainly one of them. But I like that. I’m tired of remakes and superhero films. Yes, they’re fun, but when a film truly takes a risk and gives us something we’ve never seen before – I’m reminded of the “art” of cinema as opposed how much money a movie makes. The three leads are, as expected, brilliant in their roles. And with Mortensen, Seydoux and Stewart being well-established actors, this isn’t as indie as some of Cronenberg’s other works. If anything, it’s given me more of an appreciation for the man’s other films. While the lack of a straightforward plot might lead some to roll they eyes, I found it enticing. And, for the last time, this movie might not be for you. But for those that are willing to take a chance – the payoff is worth it.

I’d written in a recent review where I stated that “…we’re at the point where most every new film will look pretty darn good on Blu-ray.” And I stand by that statement even after seeing Crimes of the Future. Don’t read too much into that. This is from an independent distributor, not that it should impact the quality of the film, but I found a couple of issues that need pointed out. First – this has a very unique look and feel to it – think Star Wars…sort of. Cronenberg’s films are somewhat akin to those of Guillermo del Toro in that they have a certain visual flare that’s hard to put into words. That said the 1.85:1 AVC HD encode seems to have no problem with the overall presentation. Black levels are nearly on the mark, contrast is strong and detail (trust me, in this film its paramount) is razor sharp. It’s proof that not every single new film will look crystal clear and picture perfect on Blu-ray, but this by no means looks bad.

On the audio front, we get about what I’d expected. The DTS HD Master Audio mix does a fine job at conveying all the necessary components. Vocals are crisp and clean, there is an interesting “electronic” orchestral ambiance that takes front and center in some scenes and gives the film an odd, but unique tone. This certainly isn’t a movie that’ll blow the roof off the place, but it’s a nice, nuanced presentation that’s sure to please.

David Cronenberg’s films aren’t for the faint of heart. They’re odd, they’re eerie and are not afraid to showcase some weird things – notably violence. But they’re also unique and if you’re looking for something different then this is certainly it. 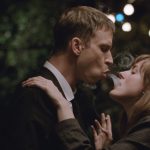 The Worst Person in the World: Criterion Collection (Blu-ray)
Next Article 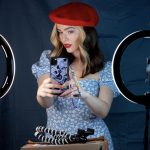