There are few actors out there that can truly say they withstand the test of time. I think when all is said and done Gary Oldman will be one. Oldman has always had the ability, via his talent or makeup (or both), to literally transform himself and blend in with those around him. Show me an actor who can play Sid Vicious, Sirius Black, Lee Harvey Oswald and Winston Churchill convincingly? And that’s the thing about a truly talented performer – they make it look easy. Oldman has been, by and large, a supporting player in most films. He’s had some standout roles, but it wasn’t until 2011’s Tinker Tailor Soldier Spy that he received his first Academy Award nomination (he lost to Jean Dujardin in The Artist). However after seeing Darkest Hour, that might all change. Portraying one of the greatest leaders of the 20th century is no small task and to do it without going over the top is even more difficult.

The film begins as we see the Germans and their conquest of Europe becoming a reality. Parliament has given Neville Chamberlin (Ronald Pickup), whom they no longer trust. They’re looking for a new leader and a new face and Winston Churchill (Gary Oldman) fits the bill to a tee. He’s brash and stubborn and immediately starts to ruffle feathers and some want him to attempt talks of peace. He refuses. What the film does is depicts how he, with some behind-the-scenes help from his secretary, Elizabeth Layton (Lily James), manage to craft a series of speeches to rally his colleagues and the public to stand firm against Hitler and the Nazi’s.

We all know how World War II ended and it might have been a lot different had it not been for Churchill and England as a whole.  The film shows us not just Churchill’s attempts to stand up to the Nazi’s, but his battle with Parliament and not to rock the boat any further. Once you see the obstacles that were in the way, it’s amazing that things worked out the way they did. Oldman’s performance is the standout and the reason to see the film (despite it being loaded with recognizable faces). It’s a good movie, all elevated thanks to the work of Oldman. No doubt history buffs will eat this one up and it is a film that begs to be seen. In the 21st century it’s important to see true leadership and not our world leaders hiding behind a computer, hurling insults via social media.

Universal’s Blu-ray looks positively splendid on screen and the 1.85:1 AVC HD image fills up the majority of your HDTV. Director Joe Wright has a way with visuals and the film has a lot of earthy tones to it. Maybe that was to convey that it was 1940’s England or maybe it was just the way the film was shot. Nevertheless, there are a few 21st century effects put in with good measure so as to avoid the film being too similar to Masterpiece Theater. Yes, there are times when an extreme close-up of a typewriter will actually get your attention. That said, all the ducks are in a row. Detail is sharp, contrast is excellent and it’s a great-looking visual presentation – as one would expect.

The film sounds pretty darn good too, thanks to the included Dolby Atmos soundtrack. This wouldn’t immediately strike me as an “Atmos” title, but it’s there and it does add a layer or two of added ambiance. Vocals are crisp and even though Oldman’s Churchill tends to both mumble and slur his words (a testament to Oldman’s performance, no doubt) it’s never a fault of the audio. There are some active, ambient surround effects that keep the action flowing as well. The inclusion of this Atmos soundtrack has bumped this up a notch, to be sure.

Darkest Hour is nominated for Best Picture, but this is really about Oldman’s performance. It wouldn’t surprise me to see him walk away with a Best Actor statue come Oscar time. The Blu-ray looks and sounds great and while the extras are a bit sparce, it’s hard to recommend as a purchase. But this is a film that needs to be seen, if only to see Gary Oldman become Winston Churchill. 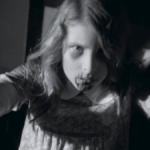 Night of the Living Dead: Criterion Collection (Blu-ray)
Next Article 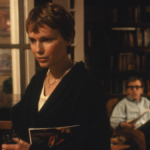