Arrow Video continues to defy convention and release cult films with their new release of Joe D’Amato’s Death Smiles on a Murderer. Joe D’Amato directed hundreds of movies, many of which were pornographic. In his long career, this was his first film that he directed under his own name, Aristide Massacesi. It is a bizarre film and definitely not one that holds up to close scrutiny, but it is also entertaining and has enough good elements that I understand why Arrow has added it to the collection.

This Gothic thriller takes place in 1909. The film starts with Frantz (Luciano Rossi) mourning over the death of his little sister. Their relationship was too close, in fact it was incestuous. This part of the story is discarded until much later. In the next scene, an unknown woman (Ewa Aulin) arrives via carriage in a small village and her driver is killed when the horse and carriage crash. She is unconscious when they retrieve her from the carriage. Dr. Sturges (Krause Kinski) comes to assist her. A servant named Gertrude spies on the Doctor as he asks the patient to undress. He sees a necklace that says the name Greta. Gertrude begins seeing visions of Frantz and is frightened. Gertrude resigns and flees the estate. She is shot in the face after screaming she didn’t say anything to anyone. Greta stays on at the estate as a guest of Walter (Sergio Dora) and Eva (Angela Bo.) On a hunting party in honor of Greta, Walter confesses his love and kisses her. Somebody sees them kiss. Back at the mansion, Dr. Sturges keeps a secret lab where he is able to raise the dead back to life. When he raises someone from the dead, he is attacked and killed. Eva confronts Greta about her fling with Walter and confesses her love to Greta. They both separately make love to Walter. Feeling jealous, Eva seals Greta up in a room to die alone. Things get very strange from there, as Greta starts showing back up to.

This is one of those movies where they throw every single thing at you that they can. It has sex, ghosts, ancient curses and alchemy, periodic costumes, a zombie (?), romance, betrayal, and it all wraps up in roughly an hour and a half. It’s fun because it wears its influences on its sleeve. It is obviously influenced by Edgar Allan Poe’s The Cask of Amontillado and The Masque of the Red Death to name a couple influences on the storyline. It is also in debt to the Giallo cinema of the time and Roger Corman’s Poe adaptations.

That said, this is a fun film, but you must approach it mindlessly. Any scrutiny will tear this film apart in a million ways. It still sways a hypnotic artistry to certain parts of the film, notably Frantz running through the field or the hypnotic music by Berto Pisano. The acting is not particularly realistic, but I enjoyed watching Kinski onscreen. He levitates the movie when onscreen, and the film is much flatter without him in the second half. I also enjoyed the screen presence of Ewa Aulin.

This is definitely low-brow overall. It is not a delicious filet mignon, but instead a pretty tasty skirt steak with a strange aftertaste. Fans of Gothic Giallo and crazy Italian filmmaking of the Seventies will find themselves at home here, but people that have no idea what they are getting into will probably just find themselves shrugging.

Arrow Video have provided a good-looking transfer of the film using an MPEG-4 AVC codec of a brand new 2K restoration from the original camera negatives. The video quality of this release, like most Arrow releases, is very high quality. Also, like many Arrow releases the quality of the transfer is slightly skewed by the low budget stock on which the film was shot. D’Amato had shown his eye for cinematography in What Ever Happened to Solange? and fans of that film will enjoy his visual flair here. There are definitely moments where the cinematography can backfire, like the strange close-ups on nipples that seem remote and lacking eroticism, but many moments shine. This is another good transfer from the Arrow team, but the material itself is not going to win any awards.

Arrow Video have provided two LPCM Mono tracks, Italian and English. I preferred to watch the film in Italian, bu the English dub has also been given good attention. Clarity is very good and the score by Berto Pisano shines on the track. I really like this score and we can only hope that Arrow Records puts the score on vinyl in the future.

Death Smiles on a Murderer is not incredible, but it has incredible aspects. This film will appeal more to the avid collector of these types of films than to a regular film lover. Aided by some hypnotic cinematography, a fantastic score, and a everything-but-the-kitchen-sink philosophy, this film won me over in the end. Arrow have provided some great supplements and their technical presentations are very good. This film earns a recommendation to those collectors that know what they are getting into. 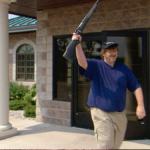 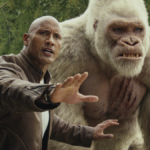