I admit that I’ve been a fan of Hailee Steinfeld since I saw her in the True Grit remake. There was just something about her that got my attention. She was more than capable of holding her own along with Jeff Bridges and Matt Damon. While The Edge of Seventeen is not a modern teenage classic, it still has enough positives to warrant a viewing. A big part of this is due to the great cast, starting with Steinfeld in the lead. I think one’s enjoyment of the film will ultimately come down to knowing what to expect. I admit that I was expecting (and hoping) for more of a comedy. While there are certainly comedic elements here, it’s mostly a drama. I almost wish it would’ve toned down some of this, but it works well enough once I got used to it.

High School life can be a tough time for a lot of people, and indeed that is the case for Nadine (Steinfeld). She often confides in her history teacher Mr. Bruner (Woody Harrelson). She tells him that she is going to commit suicide. This is a dark way to start the film, but it plays on the edge of dark humor where we know that she won’t do it. Obviously too since this is our lead character. The reason for her wanting to take her life is when her best friend Krista (Haley Lu Richardson) starts dating her brother Darian (Blake Jenner). We learn more about Nadine too and why she’s in something of a funk. Her father passed away a few years prior and things have been shaky for her. Throughout the film, we follow Nadine’s journey as she continues talking to Mr. Bruner and even snapping at him a few times. There’s also a subplot with her texting a rather risqué message to a guy. I’ll leave certain plot elements for the viewer to discover, but there is indeed a lot more melodrama than some might expect. At no time does this come close to the films of John Hughes, but I don’t think it was ever trying to be. It’ll never be something I consider essential viewing, but there are enough interesting elements to make it work for a viewing. I do think the film has a few issues with tone and pacing, but the case help elevate the material that it helps it. I also appreciate the attention to character development and not making them feel shallow or stereotypical.

We get an AVC encoded 1.85:1 transfer that’s about as I expected. It won’t be a disc you use to show off, but that’s OK. The print is pristine and details strong throughout. Background shots were nice and well rendered and colors are smooth and accurate. Fans should be more than pleased with the results here.

The DTS HD track works as well as it should. There’s a party sequence and some other scenes that make use of the rear channels, but mostly this is a talky sort of film, and the dialogue drives it. Everything was clean and clear sounding with little issues of concern. Like the transfer, this track complements the film well enough.

I admit I wanted to like this film a lot more than I did, but it still has enough pros going for it. Knowing to what to expect here is key. It’s far more dramatic than it is a comedy, and knowing that going in should help. The cast, especially Steinfeld is top notch and that helps elevate the material. I’d advise a rental before purchasing. 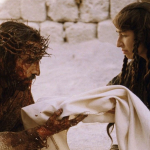 The Passion of the Christ (Blu-ray)
Next Article 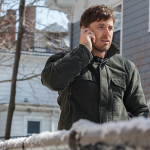