Jump to a section
Plot: What’s it about?Video: How’s it look?3DAudio: How’s it sound?Supplements: What are the extras?The Bottom Line

Everest tells the true story of multiple expeditions attempting to climb Mount Everest in 1996. The film came and went last fall despite featuring a cast of recognizable faces. Of course, in a disaster movie of this sort, the familiar faces can sometimes get lost during the shuffle. It seems to have taken inspiration of the many disaster films of the 1970’s. A big difference here is that these characters all choose to climb the mountain. In turn, this not only gives a slightly different approach, but also makes it harder to emphasize with them entirely. We had another similar film recently with San Andreas. A big difference is none of the characters chose to be in harm’s way. Instead, it simply happened and they were there. Andreas is also a popcorn film first and foremost. While we get many intense scenes in Everest, it tries to add a lot of drama as well. Though the results are often mixed.

Rob Hall (Jason Clarke) runs a company known as “Adventure Consultants”. He’s basically the guy you talk to if attempting such a task as climbing Everest. Scott Fisher (Jake Gyllenhaal) is the chief guide for Mountain Madness, the competitor to Hall’s company. Josh Brolin shows up here too as a Doctor to assist the climbers. There are more than a handful of other characters, but a lot of them feel shortchanged. It takes a while for the film to get to the meat of the story, but when it does there are some admittedly well done effects. Still, I found myself strangely uninvolved through the majority of this film. Characterization is weak and there’s a great deal of repetitiveness after a while.

There are many problems with this film, but the biggest issue may be the central disaster itself. When you’re dealing with a massive blizzard and endless amounts of snow, it’s hard to truly decipher what exactly is going on. The characters might as well be interchangeable since we can hardly recognize their faces. We’re also dealing with a true story (though heavily fictionalized) where we know the basic outcome. That makes it a bit less thrilling when know how it’ll all turn out. That isn’t to say that films that feature predetermined conclusions can’t be enjoyable, but it takes away some of the mystery here. It has its moments, but overall, Everest is a disappointment.

Odds are I’ll never see the bottom, let along the top, of Mt. Everest so with that being said, I’ll have to rely on the cinematography.  I’d seen the 1999 version of Everest in IMAX theaters and remember being blown away. Granted this is a different ball of wax, but the premise remains the same. Having just seen The Walk and enjoyed that experience in both 2D and 3D, this was another that I was looking forward to checking out.  The very wide AVC HD image makes use of every inch of the screen. As one might imagine, whites dominate the mountain scenes, though the opening “base” scenes show exceptional detail, color depth and contrast. Detail is magnificent, showing the coarse hairs on the faces, lines in the skin and the rugged terrain that makes up the most death-defying mountain in the world. Universal’s presentation, simply put, has no errors and makes for a wonderful viewing experience.

There were two films that I was anxious to watch in 3D – this and The Walk. Now that I’ve done that, I can safely say that my days without a 3D television are something I’ve missed. I’ve got countless 3D titles that I need to go back and revisit for the mere fact of being drawn into the film. My parents had seen this film in IMAX and in 3D and said the movie was so engrossing that I should head out and see it as well. I chose to wait for the Blu-ray release and while I’m sure the experience would have been great, I was not let down by the way this looked. Depth is the one word I’d use to describe this film, with Everest looming in the background, the clouds and humans really give a sense of perception that’s unparalleled in a traditional 2D film. There are “gimmicky” 3D films and there are films that simply beg to be seen in the format. This is the latter.

As I alluded to before, I’ll likely never know the sound of the wind whistling through my hair at the top of Mt. Everest, so I’ll have to once again rely on the A/V aspects of this film to give me a sense of what it’s like. The included Dolby Atmos track (down sampled to a very robust TrueHD track for those not equipped) rocks (sorry, I couldn’t resist).  Vocals are strong and precise, even though some of the muffled layers of clothes the actors wear. What really takes front and center here, pardon the pun, are the surround effects. The wind whipping around, the LFE offering the bass as well as a very immersive experience. It’s quite a unique experience and combined with watching this in 3D is about as close one can come short of being there. This track is flawless.

With a lack of compelling characters and sluggish pacing, Everest is something of a dud. I didn’t think a film of this sort would be so boring, but it is. Skip it. 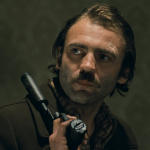 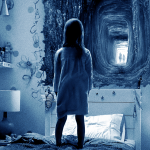