Werner Herzog is one of my heroes. I was a sophomore in college when he released the film Grizzly Man in the theaters and I have owned a copy on DVD that I have watched upwards of twenty times since its release. Unfortunately, that film is not available on Blu-ray here in the states or I would gladly review it for the site. If you have not seen it you should seek it out. That film was my introduction to Werner Herzog and when I watched more of his films I became truly enamored. I had not seen Fitzcarraldo until this week, but I had watched the excellent documentary, Burden of Dreams, by Les Blank about the process of making Fitzcarraldo. I highly recommend watching the documentary after you watch the film, because it is one of the most amazing documentaries ever made in my opinion.

Fitzcarraldo stars Klaus Kinski (Aguirre the Wrath of God) as the titular character, Brian Sweeney Fitzgerald, a man obsessed with opera at the beginning of the twentieth century. Living in the town of Iquitos during the rubber boom, Fitzgerald plans to make a small fortune in the rubber trade to gain enough money to build an opera house in the middle of the Amazon. He is scorned by the rubber barons in the town but manages to charter a steamboat with the plan of making it to areas up river that had not been tapped. The only way to achieve his goal is to sail the ship upstream and then carry it across a narrow isthmus with a mountain between the two streams to reach his destination. Driven like a madman he pursues his goal with a ragtag group of sailors and natives.

Fitzcarraldo is one of Herzog’s most personal films. In order to create this film about an eccentric man with a ludicrous plan, Herzog had to perform the plan himself. Herzog faced challenges at every turn: lack of funding, his original star Jason Robards got ill and was unable to return to the film after forty percent of filming had been accomplished with side actor Mick Jagger, a couple extras died from mosquito bites, the first camp that they built for filming was burnt down in an attack from local native tribesmen, and that was just in the beginning of all the shooting. This film can not be looked at objectively in my opinion. The story of Herzog’s struggle for realism and refusal to use trick photography leads to one of the most uncompromised films imaginable. His struggle is the same of the lead character and therefor the film feels almost entirely real. To make the film he had to pull a 340-ton steamship over a mountain using a pulley system he designed with local native tribesmen. This is one of the reasons that Herzog is a hero of mine. This film is proof that no matter how ludicrous your dream may seem to others, accomplishing that dream gives purpose to one’s life.

The film itself is based upon a real life Peruvian rubber baron named Carlos Fermin Fitzcarrald who developed the Madre de Dios basin by disassembling a steamboat and carrying it overland. Herzog believed that this story would be improved by keeping the ship intact and was correct in my opinion.

The film is not perfect. It sometimes could have used a little more editing and the film can move a bit slow at times. Those are the only complaints you can get from me. Klaus Kinski is excellent in the titular role and probably the only person crazy enough to follow this film to its completion. By the end of the film, it feels impossible to not be hypnotized by the action onscreen. There is only one Werner Herzog, and there will never be another Fitzcarraldo. It is one of a kind.

Shout! Factory have provided a transfer that unfortunately is not quite as beautiful as once would hope. A film that was shot so well and with so much natural beauty could have benefitted from a slightly sharper image. There is a good amount of grain present and certain scenes look magnificent, but the film is fairly soft and there are compression issues that pop up sometimes. It is unfortunate that this is the only shot we will probably get at seeing this in high definition, because I know that it can look better. This is still a good leap from the previous problematic DVD versions, but as a fan of the film I wish it would be getting a little more care.

Whereas the video on this release is a bit problematic, Shout Factory have provided three tracks to choose from for the audio. In English you can choose between the 5.1 and 2.0 tracks. In German you can only choose the 2.0 track. These tracks are in pretty good shape, with good clarity. The surround does not add much to the film in comparison to the Mono mix, but considering much of the dialogue is dubbed on both mixes, I would stick with the surround mix. While none of these tracks will blow you away, they are true to their original source.

Fitzcarraldo is a triumph of one of cinema’s most eccentric geniuses. Werner Herzog makes a film about one man’s ludicrous dream and makes that dream his own. Despite the fact that the film is a bit slow, the final third of the film is truly fascinating and has a great finale. If you have not seen it, I recommend watching both it and Burden of Dreams (which I may actually prefer to the actual film.) This Blu-ray features somewhat problematic video and solid audio along with two excellent commentaries (in English and German) by Werner Herzog about the film. Honestly, I wish that the video had been better so that I could give this a perfect score, but as it stands it is a case where I hope the film gets revisited once more. My recommendation for the time being would be to purchase the excellent Shout Factory box set that includes this release as opposed to purchasing it by itself, because that set represents a tremendous value. 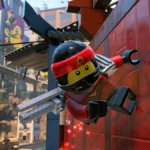 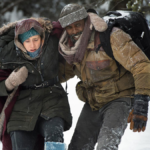