A few years ago, 2014 to be exact, we were treated to The LEGO Movie. Based on the world of, well, the LEGO toys, it was a pretty unusual tale but one that audiences and critics seemed to like. The hodgepodge of characters along with some top-notch voice talent (this is an instance in which I agree with the hiring of well-known names for voice acting) kept the film moving. It was a success and, as we all know, if a film turns a profit then they’ll make another one. The LEGO Batman Movie took the most popular character from the aforementioned film and gave him his own, uh…spin on things. With the ever-expanding DC universe of heroes (Justice League, Wonder Woman, etc.) I’m willing to bet that this was a little more marketing-oriented, but nevertheless it served its purpose. And now we’ve got The LEGO Ninjago Movie. Audiences won’t be nearly as familiar with it as the predecessors, but that’s ok. If you’re looking to be entertained, and who isn’t, and enjoyed the previous LEGO films, this one might be just what you’ve been waiting for. Then again, it might not be. Let’s take a peek.

High school student Lloyd (voiced by Dave Franco) isn’t the most popular kid in school namely because his father, Garmadon (voiced by Justin Theroux) is a mega-villain who repeatedly terrorizes the city. Lloyd, seeking his Dad’s approval and love, wishes he could find a way to “fit in”, but Garamadon seems content with, you know, world domination and carrying on his reign of terror. But, unbeknownst to Garmadon, Llyod is also a member of Ninjago, a crew of teen ninjas that carries with it an entourage: Cole (voiced by Fred Armisen), Kai (voiced by Michael Pena), Jay (voiced by Kumail Najiani), Nya (voiced by Abbi Jacobson) and Zane (voiced by Zach Woods). They, under the guidance of leader Master Wu (voiced by Jackie Chan), band together to take on Gramadon and thus provides a very convenient excuse for Lloyd to confront his father.

The LEGO Ninjago Movie isn’t all mindless action, there are some not so subtle “deeper” references in there as there are with most films. I enjoyed it and though I didn’t prefer it as much as the others, it’s still entertaining. I think I requested this title and said to Warner “I find these LEGO movies oddly entertaining.” They didn’t respond. Still, I stand by what I said. Though the commercial appeal for Ninjago isn’t what it is for the Batman movie, I’m willing to bet that this is popular enough that it warranted it’s own film. That said, the little ones (and the little ones at heart) should find enough entertainment to pass a couple of hours.

As is the case with its “predecessors”, The LEGO Batman Movie and The LEGO Movie, this retains the look and feel of both, while having its own unique look. The 2.39:1 AVC HD image simply reeks of anything HD and the 1080p simply leaves nothing to the imagination. The plasticky “texture” of the characters really makes this stand out and the various happenings in the background give this a very unique look and feel. There are really no faults to speak of, colors are bold and bright, no grain, artifacts or anything of the like. It’s a fine-looking transfer, for sure.

I know Warner isn’t touting it as such, but the included Dolby Atmos was certainly a nice surprise. Some studios won’t even put a next generation track on their 4K discs, let alone a Blu-ray so to have this was a nice touch. And, to be blunt, it’s pretty damn amazing. The various vocals have no distortion, the atmospheric “action” for lack of a better word, fill the room with a plethora of sound and the surrounds are almost constantly humming. Like the visuals, there’s simply nothing to complain about here. If you’re so equipped, this Atmos track is the icing on the proverbial cake.

If you’re a fan of the odd humor of the LEGO movies, then this one will be right up your alley. It’s a different flavor than The LEGO Batman Movie, but more along the lines of The LEGO Movie. At least that’s how I saw it. The Blu-ray sports an amazing transfer, the Dolby Atmos track rocks and there are enough supplements to keep even the most brain dead person (read: me) occupied. 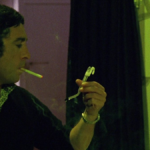 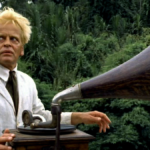