Do you believe in ghosts? If you do, then you’ll gasp with along with the T.A.P.S. squad as they explore haunted locales and hope to secure proof of paranormal presence. If you don’t, then at least you can laugh at the team as they jump at every creak and insist every noise or movement is a spectral invader of some kind. Ghost Hunters has a solid (if unoriginal) premise, as the team looks into various ghost sightings and attempts to capture evidence of the eerie activities. But the T.A.P.S. team is so unintentionally hilarious, sometimes it almost comes off as a spoof of similar shows. Jason and Grant are so desperate to prove that ghosts are real, they latch onto even the slightest event as definitive proof. After six seasons and countless haunted locations, even Ghost Hunters remain unable to offer up even minor proof of real ghosts.

Of course, when one episode has the squad dispatched to a haunt that involves the Real Housewives of Atlanta, even the most fervent paranormal fan has to temper their expectations. This three disc collection houses thirteen episodes from the show’s sixth season, with a solid assortment of locales to explore. In addition to the Atlanta housewife haunting incident the group also checks out an eerie school, Georgia’s oldest residence, Lemp Mansion, Sloss Furnaces, and several other spooky places. I find these later seasons to be a little too staged, but the basic concept still works. Those who want to believe will cheer at the group for thinking a creaking door is a sure sign of ghosts, while non-believers will marvel at how naive Jason and Grant appear at times. So whether you believe or not, you’ll find some entertainment in Ghost Hunters.

The episodes are presented in 1.78:1 widescreen. The show looks great here, even better than the HD broadcast versions, to be sure. Of course, some of the footage is less than optimal (especially when a “ghost image” is supposedly captured), but that is just part of the deal with the show. Most of the content looks crystal clear and really shines, so fans will really want to grab this HD version if possible.

The show’s soundtrack is here via LCPM 2.0 tracks, which sound quite good. Now keep in mind that just as with the visuals, the audio is inconsistent due to the show’s nature, but for what it is, the soundtrack does the job. You might not be able to hear the same things as the T.A.P.S. crew, but that is unrelated to this mix. All of the needed elements are present and accounted for, so no complaints in the audio department. 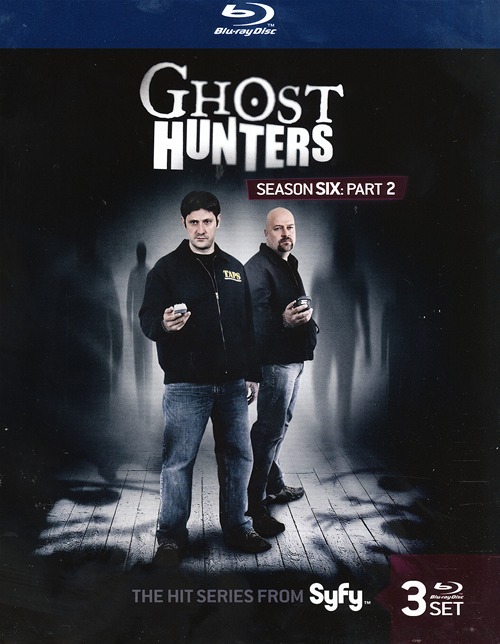