GoodFellas is, has been and most likely always will be one of Warner’s stars. It was one of the initial releases on the DVD format back in the mid to late 90’s and one of the initial Blu-ray and HD-DVD releases as well. In 2007, a Blu-ray DigiBook was released with a good-looking, but not great, transfer. Nearly a decade has passed and for the 25th anniversary of the film, a new transfer has been created for this Blu-ray. Having seen the film on virtually every format imaginable, I’m very accustomed to the way it looks (and has looked). Without a doubt, I can say that this is easily the best the film has ever appeared. The 1.85:1 AVC HD image has undergone a new 4K restoration that brings out the life, vividness and vigor in the film. Blacks are deep and solid, detail has been improved and though there’s still a fine layer of grain in the film, it works here as it does with so many of Scorsese’s other films. Doing a A/B comparison with my previous Blu-ray, the details are noticeable. My best explanation is to watch a re-mastered film and then its trailer. It’s not perfect, but it’s damn close.

Originally presented in surround, the film was given a Dolby Digital 5.1 mix for its DVD release and then that same mix was used on the 2007 DigiBook. As with the video presentation, the newly-upgraded DTS HD Master Audio mix is essentially everything that I’d imagined it would be. Scorsese’s films don’t rely on the soundtrack, but it’s more of an extension of the film itself. Hearing “Beyond the Ocean” or “Layla” in uncompressed sound only intensifies the emotional impact of the movie. Vocals seem a bit cleaned up as well, not that they were bad to begin with. Ray Liotta’s deep, gravely voice narrates the film and it sounds crisp and robust. Surrounds are active and the LFE even have a few moments to shine (when young Henry blows up a car). The ending scene where Tommy fires the gun just before the Sex Pistols song – amazing.  No complaints here in the least!

Warner’s Anniversary editions usually aren’t lacking in supplements and this is no exception. Though a majority of these were previously-released, it’s nice to see them in this edition. I usually don’t comment on cover art as I feel it’s pretty subjective, but I have to question this new look. Traditionally the city scape and the characters of Tommy, Henry and Jimmy have been looking over the city with a dead body on the street. That’s been changed and now a handgun takes front and center with only Jimmy and Henry on the cover. I’m not sure what the motivation was to get rid of Joe Pesci’s character on the cover as it was his performance that led to the film’s only Oscar. Nevertheless, it’s only a cover and I’m not losing any sleep over it.

GoodFellas is a classic in the most sincere form of the word. Its lasting influence and critical acclaim over the last two and a half decades are a testament to that. It’s one of those films that, whenever I see it on, I watch it. The acting is superb and I simply love the storyline.  This new Blu-ray is undoubtedly the best I’ve seen the film look and sound and with the wealth of supplements, this belongs on your shelf – it’s a no-brainer. 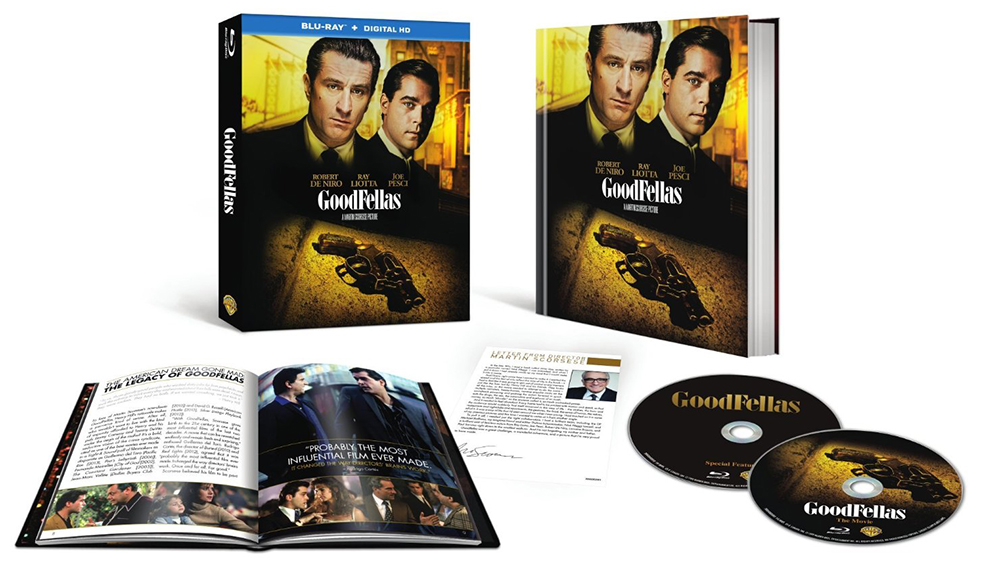 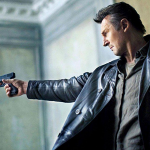 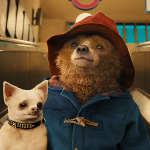