Despite its popularity, I never really cared much for the original Taken film. The story wasn’t all that spectacular, and aside from a strong lead from Liam Neeson, it didn’t make much of an impression on me. Not to mention the predictable nature of the story and how absurd it all was. By no means did it exist in anything even remotely close to the real world. As I watched it, one thought kept coming to my mind: How many tight situations can this guy get himself out of? Neeson was basically a superhero who was dodging bullets left and right, and never seemed to acquire a single injury. The first film was a surprise hit back in January of 2009 (January is a typical dumping ground for movies), and the inevitable sequel rolled out a few years later. The second film still did well, but failed to impress the critics. I never thought after seeing the original film that we’d get two sequels. Neeson has stated that he’s finished with action films. One can only hope that he sticks to his word, at least regarding the Taken films. For a man in his 60’s, Liam is in better shape than a lot of other people out there. His towering height also adds a level of intimidation, but the formula has worn more than thin by this third outing.

As the story begins, Bryan Mills (Neeson) learns that his daughter is pregnant. He informs his ex-wife, Lenore (Famke Janssen) of this, and the two at least seem to have reconciled and are on peaceful terms. Sadly, she is murdered not long after. Mills discovers his wife’s dead body and when the police show up, they suspect it was he who murdered her. They attempt to arrest Mills, but he escapes and is now a fugitive. We get a fresh face here in the form of Inspector Frank Dotzler played by Forest Whitaker. The rest of the film then involves Mills not only trying to avoid being caught, but also his search for whoever murdered his wife. There were a few nifty twists late in the story, but the absurdity is raised to the max. There’s a scene late in the picture where Mills is able to take down an airplane by smashing his car into the wheel of the plane before it has taken off. While I can appreciate that this third film at least tries to shake up the formula (the second film was simply a rehash of the first), it still did little for me. It’s also downright boring at times. The story tends to drag more often than it should, especially for a film of this sort. Neeson has done some solid films recently, including the underrated Run All Night, but it’s time to hang up the curtain on the Taken films. It’s only a small improvement over the second film, but that’s not saying much.

Presented in a 2.39:1 AVC HD transfer, Taken 3 looks just as I thought it would look and though the locale has shifted from Europe to Los Angeles, it’s still a visual feast. As with its predecessors, the handheld camerawork gives off a very realistic point of view.  Colors are very muted though detail looks better than I’d have thought.  Contrast and black levels appear on the mark and I’m hard-pressed to find much wrong with the film, save a few moments when the image appears a bit soft.  You can make out each individual strand of Neeson’s floppy, unkept hair if that tells you anything. It’s a strong visual effort for sure and viewers won’t be disappointed.

The included DTS HD Master Audio soundtrack is just what I expected it to sound like and it does heighten the viewing experience by a notch of two.  Neeson’s low, booming, grizzled voice take front and center stage along with the upbeat soundtrack which heightens the mood.  Gunshots abound, tires scratch, things blow up and everything in between.  This uncompressed mix makes way for a very decent soundtrack and one that’s not to be missed.

The third time isn’t the charm here. Taken 3 simply stinks. The story is tired and goes nowhere. Not to mention the lack of an interesting villain. There are a few interesting twists, but they’re not enough to redeem this boring third installment. Let’s hope Neeson chooses more interesting roles from here on out. Skip it. 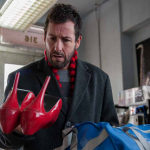 The Cobbler (Blu-ray)
Next Article 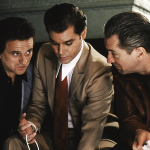