When Gosford Park came out, Robert Altman had seemingly joined the ranks of unfortunate directors who had finally “lost their touch.” Eight years removed from anything relevant. However, disproving the critics is such sweet revenge, isn’t it? Far from being left for dead, Robert Altman has reinvigorated himself, in a film that when clicking on all cylinders, is one of the most dazzling triumphs of the year. And thanks to a wickedly sharp script, and even sharper direction, there’s rarely a moment when it’s not.

Set in England in 1932, this period piece begins simply enough with English aristocracy gathering together for a weekend shooting party at a country estate. The hosts, Sir William McCordle (Michael Gambon) and wife Lady Sylvia (Kristin Scott Thomas), have invited their money-suckling relatives over, and along for the ride are their scores of servants. With the wealthy diners upstairs, and their overworked servants downstairs, the film starts off as a comedy of manners. But when someone in the house is killed, the film quickly turns into a playful whodunit murder-mystery that is addictively fascinating in trying to uncover.

The film is quite layered, as Altman deals concurrently with issues in the restrictive British class system of the times, as well as the complex human aspects brought about by the blame game. Utilizing wonderful performances from an ensemble cast that could put most films to shame, everyone’s in on the fun, from Kristin Scott Thomas, Emily Watson, and Ryan Phillippe, to Helen Mirren, Clive Owens (both co-starred in the forgettable “Greenfingers”) and Maggie Smith. For her part, Smith — who can also be seen in this Holiday season’s Harry Potter and the Sorcerer’s Stone – is an absolute scene-stealer as the delightfully cruel Constance, Countess of Trentham, whose condescending and crusty aristocratic swagger is shamefully fun to watch.

Part of the fun (or should I say challenge?) is simply trying to figure out which names go with which characters, as the jumble of faces and names popping in and out of scenes, particularly in the beginning, can be quite daunting. By the time you get your bearings on what’s going on though, you’ll be hooked. This turned out to be Altman’s last “great” film, but in a career littered with notable films like M*A*S*H, The Player, McCabe and Mrs. Miller and Short Cuts (to name a few), I can’t imagine a better way to go out.

Gosford Park is the benefactor of a new 4K scan done exclusively for this release. But fans of Altman’s films will know that this isn’t and never will be the shining example of all things Blu-ray. As you can imagine, the palette used here is extremely subdued (as is the case with most Altman movies). The colors are a bit drab, but then again this is jolly ‘ol England we’re talking about here. Rain abounds! Soft, warm candlelight radiates several scenes and though the detail has been improved, it’s not razor sharp – it’s just not the way the film was intended to look. Is it an improvement over the previously-released DVD? Absolutely. But don’t expect that this will blow you away with its amazing picture. Sit back and enjoy the film.

A new DTS HD Master Audio mix has been included with this Blu-ray and though there is a slight uptick in sound quality, it’s not something that will blow you away. And it’s not supposed to. Still, there are some instances in which the sound does come alive and for that, you’ll be glad that all 5.1 channels are in use. There’s not a whole lot else to say here. When you think “British Murder Mystery” you don’t exactly think of sound; do you?

A majority of the supplements are ported over from the previously-released DVD, but a few new ones have been added for this Blu-ray offering.

Altman’s movies are a mixed bag. While some are outstanding, there are others that left me scratching my head. The director died in 2006 and it’s safe to say that Gosford Park was his last, great film. Arrow has given this film a digital transfer and upgraded the sound, but this isn’t going to be one that will test the technical limits of your system. The inclusion of a new audio commentary as well as a slew of other extras do make this one to pick up, if you’re so inclined. 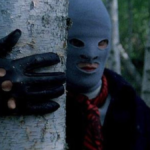 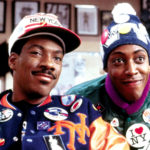