If ever there was an actor destined to play Jay Gatsby, I’d have to imagine that Leonardo DiCaprio’s name would have been on the short list (and, obviously that was true).  DiCaprio seems to have that classic look to him and call me crazy, but I could see him having drinks with Douglas Fairbanks Jr. and Gary Cooper.  How’s that for an obscure reference?  The Great Gatsby, of course, was one of the most prominent novels of the 20th century and has been made into a movie a few times.  The original 1926 version was silent, the 1974 version saw Robert Redford take the lead role and now we’ve got Baz Luhrmann’s vision of F. Scott Fitzgerald’s timeless novel.  Debates will (and have) ensue about the better version, which was truer to the novel and so forth but having seen two of the three movies, I’d have to say that each has its pros and cons.  I’ll also come out and say that it’s been nearly twenty five years since I’ve read the novel, so I won’t be doing any comparisons regarding how accurately this parallels the book.

The film is told through the eyes of Nick Carraway (Tobey Maguire). Nick, a veteran and recent graduate of Yale, has moved to New York to make it big in the stock market.  It’s the 20’s and he wants part of the action.  His next door neighbor, however, has a tendency to throw lavish and extravagant parties on a weekly basis.  They attract the “who’s who” from the city.  Nick finally meets his reclusive neighbor as Jay Gatsby (Leonardo DiCaprio), who asks Nick to arrange a rendezvous with Daisy Buchanan (Carey Mulligan).  Daisy is Nick’s cousin and married to a classmate of his, Tom (Joel Edgerton). Nick obliges, and it’s not long after that Jay confesses his love for Daisy, a flame that’s never really died.  Of course this doesn’t sit too well with Tom, himself having an affair with Myrtle (Isla Fisher).  Of course, all of this leads to the shocking series of events and a shocking ending.  This is…The Great Gatsby.

I’d mentioned that I haven’t read the book in quite some time, my Junior year in high school if memory serves.  Truthfully I don’t think I appreciated it at the time, but after seeing the film I do have to admit that the praise lauded on it was warranted.  Baz Luhrmann has done a fine job with the movie and I really don’t think many others could have taken this and turned it into something so contemporary.  True, this is no Moulin Rouge! but that’s putting the bar a bit too high.  DiCaprio has worked with Luhrmann before, in his pre-Titanic days (Romeo + Juliet) so this reunion, albeit 17 years later, might have come at the right time.  Fans of the novel might be a bit polarized as to what to think.  The elements are there, the cast is top notch and if the 20’s were as roaring as they were in this movie – I want in!

Warner recently issued a trio of catalog titles in 4K and this, as you might have guessed, was among them. If ever there was a film that was fit for the 4K treatment – I can’t imagine many others. So if you’re looking for a film with pizazz, bright colors and everything in between, well then look no further.  The Great Gatsby comes to Ultra HD in a 2.40: HD transfer that’s second to none.  Any fan of Baz Luhrmann’s will know what to expect (for the most part), but the costumes, set design and general ambiance of the movie look amazing.  Detail is perfect, showcasing the perfect hair of Leonardo DiCaprio, the little sparkles of the dresses and even the twinge of the mysterious green light at the end of the dock.  Contrast is solid and I noticed no noise in any of the scenes, nor did I notice any DNR or movement in the darker scenes.  The increased color depth really brings out some of the more ambitious scenes in all their HD glory and it’s quite the spectacle.

The previously-released Blu-ray (also included in this set) contained a very rich and robust DTS HD Master Audio track. That’s been supplanted by a newly-minted Dolby Atmos mix that, quite simply, sounds amazing.  Anyone who’s seen Moulin Rouge! should know what to expect here – a lossless soundtrack that sounds simply amazing.  Vocals are strong and rich, but what really takes the cake are the surrounds and the way they work with the LFE.  The atmospheric reverberation makes the movie come to life in a way I’d never thought possible. The sound is rich and pure and it’s an energy that really helps the film move along. In comparison to the 1974 version, well, there is none.  I’m willing to bet that Luhrmann was brought on board for this reason alone.  A top notch effort that really never lets go.

Fans of the book and/or previous incarnations of the film will be right at home here. I personally loved Luhrmann’s take on this and can’t imagine any other director helming it, then again others will disagree. This is a visual feast as are most of Luhrmann’s other films. Bringing this to 4K was a great idea as it both looks and sounds better than the previous Blu-ray (if that was possible, and it is). I don’t know if this warrants an additional purchase, but if you’re starting a 4K collection and don’t have the Blu-ray – this one is a no brainer. 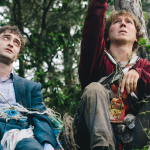 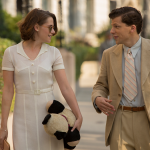