In trying to think of how to approach this, I think I’ll go the “bank robber” route. I’d been thinking that it must be hard to be a criminal these days with video cameras everywhere and people with smartphones that can take pictures or movies with the flick of a wrist. It must have been much easier to commit and get away with crimes a hundred years ago. Oh well. I suppose if you need incentive to follow the rules, that’s yet another reason. But for every Butch Cassidy and the Sundance Kid, there are probably dozens of others who didn’t get away with it or, worse yet, got killed. Looking at the modern era, you simply don’t hear about old time bank robberies anymore. It’s all white collar and done with computers. Where’s the fun in that? Looking at Hell or High Water, however, it does serve as a throwback to the “good old days” of bank robberies and the lengths that people will go to for their families.

Brothers Toby (Chris Pine) and Tanner (Ben Foster) have had an interesting past. Toby is divorced and Tanner an ex-con. The two are at their wits end trying to figure out how to pay the mortgage off on their property as oil was recently discovered on it. But before they can start drilling, the bank is set to take over the property. What to do? In a fit of desperation, the siblings decide to commit a series of armed robberies in the very same bank that’s set to take over their home. Things go well at first, but they soon draw the attention of aging Texas Ranger, Marcus Hamilton (Jeff Bridges). Old and wise, Hamilton decides to let the brothers come to him where he can apprehend them and seemingly save the day. But things never go as planned…

When I see films about a heist, I’ll probably think of Ocean’s Eleven. The slick, high-tech precision of planning the ultimate crime is a far cry from grabbing a gun and saying “give me all your money.” But you know what – they both accomplish the same thing. While watching Hell or High Water, I was reminded (for whatever reason) of one of my favorite films: Thelma & Louise. In many ways these are very similar films. Chris Pine might be better-recognized as Captain James T. Kirk from the Star Trek films, but he and co-star Ben Foster are in top form here. Yes, the performances are strong, but I feel the film ultimately is a bit predictable and not worthy of the praise. Bridges seems to be doing a rehash of his character from True Grit mixed in with a bit of his Oscar-Winning Crazy Horse. Is it worth a look – sure, but don’t expect anything mind-blowing.

The Western genre isn’t nearly as widespread as it used to be and I think this is pushing it to be classified as said genre, but the film does take place in West Texas, so I guess that qualifies it. Who knows. But looking at the 2.40:1 AVC HD image, it is beautifully shot with plenty of wide open spaces showcasing the expansive picture. The patterns in the clouds coupled with the five o’clock shadows of the two lead actors really makes for an interesting look and feel to the film. It’s not stylized by any means, but rather a straight-forward, new to Blu-ray image that’s sure to please.

The included DTS HD Master Audio soundtrack doesn’t have many opportunities to flex its muscles, but that’s made up for in a few key scenes. Directional effects are used sparingly and aside from tires spinning on rock or a random gun shot here and there, that’s about it. Dialogue is clear and crisp, though I find it increasingly more and more difficult to understand Jeff Bridges. I don’t know if he’s trying to get into his character and mumble on purpose or Bridges in real life has something wrong with him that’s impeding his speech. Bridges’ character aside, it’s a good-sounding track but nothing that will blow you away.

A fairly intense character-driven film is a rarity these days, but I personally feel the film was a bit overpraised. It’s good and worth a viewing, for sure, but with some by the book extras and good audio and video quality only the most die hard of fans should pick this up. 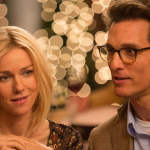 The Sea of Trees (Blu-ray)
Next Article 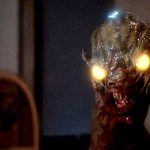