I’ve seen some bad movies in my time, especially since I’ve been reviewing for this site. That much is true. With that being said, no recent ones come to mind that have left me with such a cold reaction as The Sea of Trees. It’s one of the most boring and dull films I’ve seen in quite some time. The fact that it comes from the talented Gus Van Sant and stars Matthew McConaughey and Nomi Watts is all the more frustrating. It’s an aimless, meandering and seemingly endless film with no redeeming qualities to speak of. It is indeed a good cure for insomniacs. They should definitely consider this film as something that’ll help with that.

McConaughey plays Arthur Brennan. As the film begins, we see him traveling to the airport. He leaves his keys in the ignition and arrives with no baggage. We see him arrive in a sort of forest, but we’re still not quite sure what’s going on. We do know this is where people go to contemplate life and death. Here, Brennan meets another man named Takumi played by Ken Watanabe. Takumi eventually wants to find a way out of the forest, and he and Arthur help each other. A parallel story follows Arthur and his relationship with his wife, Joan (Watts) shows that not only is the relation shaky, but Joan isn’t well. She’s battling cancer. None of it is interesting and we just can’t force ourselves to care about anything that’s happening here. Don’t get me started on the awful soundtrack. Sea of Trees is one of the worst movies I’ve seen in quite some time.

The image presents the film appropriately, I suppose, but the colors can seem a bit washed out as times. I’ve no idea (nor do I care) if this was intentional or not, but it’s worth mentioning nonetheless. The print used shows no issues and details are strong as well. The image is AVC encoded with a 2.40:1 ratio.

The DTS HD track fares a bit better than the video. There’s definitely a good structure to it and the track remains active throughout the film. Vocals are fine and crisp as well. I didn’t care at all for the film, but this track does involve the viewer with the experience.

I can’t think of a recent film that has bored me as much as this one. The story isn’t very interesting to begin with, but the pacing is sluggish and it ultimately goes nowhere. By all means, skip it. 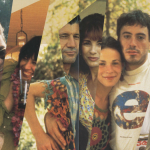 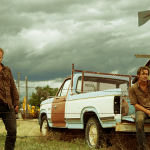