I have to wonder what exactly Eddie Murphy saw when he read the script for Holy Man that he felt the desire to star in it. Indeed the film is quite lousy. Even several years later Murphy spoke out against the film at least on two occasions saying that it is a stinker. Jeff Goldblum and Kelly Preston also star in it and while they might not have had the star power that Murphy did at the time, they too surely could’ve found a better script. Granted that the film is ultimately harmless, it still misses several opportunities to really shine and become something special. Instead, it throws way too much at us and nothing sticks. It doesn’t help that the characters are quite irritating after a while and Goldblum and Preston have little chemistry. Murphy tries, but his character simply isn’t funny or entertaining. The whole film just has a stale feel to it.

Ricky Hayman (Jeff Goldblum) is a stressed-out senior executive at a home shopping channel and can’t answer for the low ratings that the show is getting. His boss gets on him and one day while he’s driving with another TV exec, Kate Newell (Kelly Preston), they get a flat tire. They spot a man wandering around, kissing the ground and wearing all white. He approaches them. This man goes only by the name of G (Eddie Murphy) and we’re never quite sure what he’s all about. As Ricky and Kate are leaving, they notice that G collapses and take him to a hospital to have some tests run. Before long, G is hanging around the set and Ricky offers him to stay at his place after G wanders on the air and increases sales. G is something of a prodigy and one of the film’s biggest flaws is that it never explains just who or what he is. At one point he makes a man’s watch disappear then reappear, but nothing is ever said about how and how he can do these things. It just sort of happens.

Perhaps the screenwriters just assumed the presence of Eddie Murphy was enough to cover up for what the film lacks in other areas. It also isn’t very funny and maybe it’s not supposed to be despite Murphy starring in it, but little else about it is compelling. The predictable nature of the plot keep it from having many surprises and before long, I just grew bored by the whole thing. Its heart might be there, but it still feels hollow.

We get a 2.35:1 AVC encoded transfer that’s perfectly fine, if a bit unremarkable. There’s nothing at all wrong with it, but it doesn’t exactly pop out at you. Still, there aren’t obvious flaws I can think of, either. Much like the film itself, it just sort of exists. Details are solid, colors good too, but maybe sharpness could’ve been improved. Still, that’s the reviewer side of me. I feel casual viewers who sit down to watch this (though I wish I could stop you) will find the image pleasing.

We have the option of a 5.1 and 2.0 track. I opted for the latter, but the film isn’t effects heavy or in need of the full range. Vocals are fine, but the track isn’t the most sonic or impressive in terms of range and dynamics. Like the transfer, however, it gets the job done. At times it comes alive, but it isn’t the kind of film that calls for it. I sampled the 2.0 track and either way should please casual viewers.

At this point, it’s hard to see who would sit down and watch this film and actually enjoy it. But you just never know. The film just feels like a big missed opportunity and the characters, especially Goldblum are just plain annoying. Slow moving and unfunny, Holy Man is a true dud that you can safely pass on. 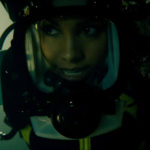 47 Meters Down: Uncaged (Blu-ray)
Next Article 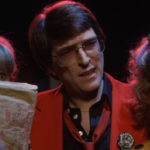