When asked to review Horizon Line, I took a quick glance at the cover and read a brief description and I knew it would be a film up my alley. Maybe I was just in the mood for this kind of film at the time, but without hesitation, I accepted the duty of offering my critique. I can say that I am glad I did. I will get more into that in my next paragraph, but suffice it to say, this one was just what the doctor ordered. It isn’t a classic film by any means, but it hit that sweet spot for me. It also reaffirms why I will never get on a small aircraft as well. Air travel is not my favorite, but a small plane like we see in the film is especially not. Anyway, let’s take a closer look.

A wedding is approaching and Sara Johnson (Allison Williams) and Jackson Davisen (Alexander Dreymon) had a romantic fling in the past. Since they aren’t together romantically anymore, Sara is all about keeping the peace, so she talks with Jackson about the upcoming wedding to ensure there won’t be any awkwardness. That makes sense. Jackson is a bit cold at first, but before long he and Sara seem to be back on good terms. They both board a small plane together, but unfortunately the pilot and friend of Sara, Wyman (Keith David) has a heart attack during the flight. This now falls on Sara and Jackson to land the plane safely.

One can probably guess that there are going to be some complications with the piloting duties now falling on our two lead characters. The film keeps throwing challenges at these two and boy do things get intense. It isn’t often that a film like this will have me on the edge of my seat, but this one did several times. For a smaller film, the effects were very well done and I was never quite sure just how this film would end. From the worry of running out of fuel to one of our leads getting an injury, the film doesn’t go light on these two. Still, I enjoyed that while preposterous on some levels, it doesn’t make the two leads into morons. Sure, they have some bickering and banter, but for the most part, they act very logically, all things considered. I’m unsure exactly how to put it, but despite the less than likely scenario they’re in, this at least takes a more serious approach to things. Because of this, I was on board (pardon the pun) with the film. I knew enough about the characters and their history together that I cared about them and their outcome. It also gets many points for some thrilling sequences, and it is a long 92 minutes, but it doesn’t linger too much.

As with most movies or television shows that take place “in paradise” there’s a slew of shots that really showcase the colorful landscape. You know what I’m talking about, aqua green waters, blue skies and so forth. But those are juxtaposed by the film’s second half which turns decidedly dark, dismal and grey. No matter, the 2.39:1 AVC HD image handles all of this with seemingly relative ease. There are a few times when I felt the picture was a bit soft, but by and large the contrast was strong and this is certainly indicative of a new to Blu-ray film. I don’t imagine anyone having any problems with the way this looks on screen.

The film sports a DTS HD Master Audio soundtrack that, for me, seemed to miss the mark. All of the usual caveats are there with strong, central dialogue a fairly active front stage and surrounds chiming in at just the right moment, but…something seemed lacking. I don’t think I’m giving anything away when I say that there’s a plane crash (just look at the Blu-ray box art) and for me, this really missed the mark. This could have been the focal point of the entire film (from an audio perspective), but instead I just felt cheated. Don’t get me wrong, it’s loud, but I felt it could have been so much better. Nevertheless, the audio delivers here and while I feel an opportunity missed, it still satisfied.

I don’t know what it is, but Horizon Line might’ve been just the right film for me at the right time. It’s an efficient little thriller that more than gets the job done. It’s an ideal rental. I would’ve loved to see this in theatres, but that wasn’t meant to be. Ensure you have a nice setup and give this film a watch. 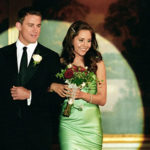 She’s the Man (Blu-ray)
Next Article 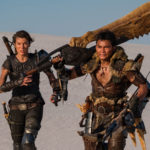