Viola (Amanda Bynes) feels like she is one of the best soccer players around, but is held back from proving just how talented she is. She is the top player for the Cornwall Prep girls soccer squad, but she wants to show she can hold her own with the guys as well. But when she makes her intentions known, she is scorned and left to only strut her stuff as part of the female squad. Soon however, she decides to take drastic measures to prove she can handle herself on the field, no matter who opposes her. Her twin brother Sebastian (James Kirk) is going to sneak off to London for a couple weeks and of course, wants no one to know he is gone. This opens a window that is a long shot, but any chance, no matter how remote, is one that Viola is willing to take. She decides to take her brother’s place at his school Illryia Prep. They are twins after all, so with a few tucks here and snips here, she should be able to pass as her brother, right? Once she is inside the school, she tries out for the soccer team and plans to prove how good she can be. But will her outlandish plot work and even if it does, will she encounter some unexpected bumps in the road?

Ok, so the main reason I wanted to see She’s the Man was my love of Just One of the Guys, another high school “girl dresses as dude” scenario. Of course, I knew She’s the Man could never live up to that classic, but I hoped for the best. Plus Amanda Bynes is a hottie, so if nothing else, some nice eye candy would on showcase, right? As expected, the premise is thin and hard to believe, but if you shut your brain off, it is fun to watch Bynes go through the motions. In the end, she is the main reason to watch She’s the Man, as she is adorable and really comes off well here. Bynes is very likable here and while the material comes up short, her presence and sunny persona are enough to keep us interested. And this movie is all about cute, so her performance shines and she is the driving force behind She’s the Man. The rest of the cast is passable, but only David Cross’ manic effort stands out, so Bynes runs the show. This is light, brisk entertainment that never tries to be anything else, so while not remarkable, this is a fun movie.

As of this writing, this film is now a decade and a half old and it’s just now getting a Blu-ray release. It’s hard to imagine, especially when this film came out – it was right about the time when Blu-ray was making its debut. Nevertheless, this is a brisk comedy and it shows even in the visuals, which are bright and colorful, very fun visuals throughout. The colors look terrific, very vivid and within a natural scope, while contrast levels prove to be stark and consistent as well. The print is in great condition, as well it should be and on the whole, this is a very crisp and well detailed presentation. Having never seen the film in any other format other than DVD, this is, of course, a welcome improvement.

The previously-released Dolby Digital 5.1 track has been upgraded to a DTS HD Master Audio 5.1 mix. The soundtrack here is just what you’d expect from a recent teen comedy, basic overall sound design, with an emphasis on the musical soundtrack. The music provides the bulk of the power here, so the surrounds fill the room with the tunes, but little else. But this is a dialogue driven comedy, so the lack of raw power doesn’t hamper the experience in the least. The few scenes that would benefit from a little more atmosphere, such as the sports sequences, have that needed boost. I found dialogue to be clean and clear at all times and in this case, that is the most crucial element.

Given that this is the first time the movie has been on the Blu-ray format, it might be expected that we’d be treated to some new extras. We are not. Included are the same extras that were on the DVD released back in 2006 (or 2007, I can’t remember).

The “teen movie” will likely never go out of style. This fits the mold along with so many others. Seeing the movie after all this time somewhat dates it and as we all know, Channing Tatum’s star continued to rise and Amanda Bynes well…she had some problems in her personal life. This Blu-ray ports over the same supplements (I think it loses a couple, actually) along with upgraded video and audio. If you want to relive your old teen days or see an up and coming Channing Tatum – this one’s for you. 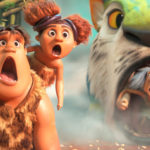 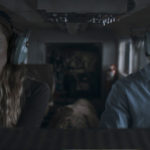