I had no idea what to expect with Hostile Territory. I think I figured maybe it would be just some modern action flick that I’d give a whirl. Instead, its focus is a post-Civil War where a union soldier is presumed dead, and his children are sent away on the orphan train by mistake. It isn’t exactly my cup of tea, but I thought it would offer enough intrigue to fill my time. Maybe on the smaller screen this might’ve fared better to help flesh out some plot points and characters, but as a feature film, it loses some points for lack of clarity and focus.

Brad Presley is the star, a producer and director of this film, so it is obviously a passion project for him. He even cast is own children in the film. Here, he plays Jack Calgrove, a soldier who is presumed dead. Jack is a bit oblivious to what has happened with his kids, and this is supposed to ignite some mystery into the film as he is left in the dark about just where his children are. The film can take a while to find its rhythm but does pick up a bit in the later half. What I think is most unfortunate is just how much the film throws at us. There are subplots and detours that feel like they are just padding the somewhat effective, but admittedly basic story. We see the effects of war and the orphan train, race issues and tensions of soldiers during this time, but none of it makes for very effective storytelling.

While I’ve never been a history buff, I can’t help but think that a documentary on this subject matter might’ve fared better. The subject of the orphan train is interesting, but the film left me cold. It’s all too sluggish and all over the map to find much success. The TV show Yellowstone has become a big hit with a lot of people, and it’s nice to see the western genre get something of a revival, but it isn’t the one to reignite this genre.

With an appropriately wide 2.39:1 ratio, the film at least looks nice in HD. Details and colors appeared natural, with no obvious issues detected. There were some traces of grain, but most likely those were intentional to add to the grittiness of the feature.

The DTS HD track is good for the film at hand. Dialogue is fine with the clarity and the heavier moments add some depth to the proceedings. This might not be the most bombastic track I have ever heard, but it is more than adequate.

This is clearly a passion project for Brian Presley, but I can’t help but feel that this just missed the mark. It may work as a documentary or even a mini-series, but too little of it made an impression on me. It’s always nice to see a modern take on the western genre, but the story isn’t where I would start. Skip it. 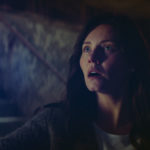 The Cellar (Blu-ray)
Next Article 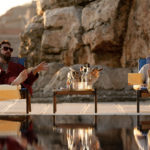