While I’m not a hater, I really haven’t gotten on the Amy Schumer bandwagon. I’ve found her movies to be lackluster at best and she sometimes just irks me. It’s hard to explain, but I feel many of us have at least one actor or actress that gets under our skin. I can think of more irritating ones, but I’m never in too big of a hurry to view her films. If that wasn’t too harsh of a way to begin this review, let’s take a step back, because I actually enjoyed I feel pretty. Much to my surprise, the film not only has its heart in the right place, but also provides plenty of good laughs as well. I do think this time that Schumer gets a lot of the credit. She feels right for the part, but it’s also a somewhat brave performance in how she strips away a lot of her self-consciousness.

Renee (Schumer) has serious self-esteem issues. She isn’t comfortable in her own skin and early on, we see her trying a spin class, but of course the anxiety kicks in early on. Her pants rip, she is weary of her shoe size and has a hard time maintain eye contact with people. There’s a mishap during a spin class that results in her bumping her head and changing her perspective big time. She doesn’t literally look different to others, but she begins seeing herself in a new way; she has a new outlook on life. With much more self-confidence, she begins acting differently and more secure as well. We see her begin dating a man named Ethan (Rory Scovel) and gets a new position at a cosmetics company. We get plenty of fun supporting players here, and I especially liked Michelle Williams as Avery, the head of the company where Renee now works. We learn too that Avery has her own self-esteem issues with her high pitched voice that she can’t seem to shake.

When I first saw the trailers for Pretty I feared it would be some strange reworking of Shallow Hal where Jack Black’s character gets hypnotized and begins seeing the inner beauty in people. Really, it’s little like that film largely because this is all about self-perception. The message is there without feeling too heavy. I found a lot to relate to in the film and I think if we people give it a chance, they will too. Some viewers might see that it stars Schumer and steer clear, but that’s unfair. It gets a lot right and earns a lot of the emotional beats. There are even moments that are better than films like this usually are. There’s a late scene between Avery and her grandmother that is more authentic than I think another film would’ve been. I won’t spoil things, but it doesn’t try to depict certain characters as villains. I also enjoyed how one of the “pretty” girls Renee encounters isn’t bitchy or fake. Instead she has her own insecurities like we all do. I could go on, but the film worked for me and it close to home with a lot of things. With a committed lead performance and several laughs, it earns my recommendation.

I’ll probably sound like a broken record here, but with a new to Blu-ray film it’s really hard to find much, if any faults in the way it looks. This is the case with I Feel Pretty which sports a 2.39:1 AVC HD image. As we might expect, detail is tack sharp, color balance is exquisite and contrast is strong. Some of the finer details (we are dealing with some pretty attractive actors) really bring out some of the imperfections in the flesh tones and skin, hair and other things. Large sweeping shots give us a near 3D look at the town as well. I’m sure if a 4K version was out there, it’d look a bit better, but this is hard to fault, visually-speaking.

By and large, comedies aren’t known for their robust sound mixes. That’s the case with this film, though there are some scenes here and there that really take advantage of all 7.1 channels of the DTS HD Master Audio mix. Vocals are strong, pure and crisp. Surrounds, particularly during the thunderstorm scene, are used well and wisely. The score chimes in at just the right time as well. It’s a good-sounding, solid mix that is hard to find any fault with.

I didn’t expect to enjoy it as much as I did, but I Feel Pretty won me over. It has its heart in the right place and rings true with a lot of things. There are also enough laughs to keep things enjoyable as well. I like the message of being confident in your own skin and accepting yourself for who you are. It doesn’t feel false or heavy handed, instead, it comes across as genuine. Recommended. 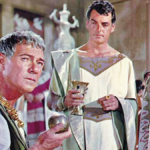 The Colossus of Rhodes (Blu-ray)
Next Article 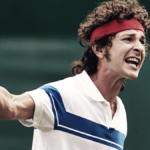