Arrow Films is the sister company to Arrow Video, essentially their art-house line for films that have attained a certain prestige. Arrow Films has released titles like Billy Wilder’s The Apartment and Cinema Paradiso, to name a couple. This month, I was very excited to see that they would be releasing Robert Altman’s 1972 psychological horror film, Images. Altman is easily one of my favorite directors, so whenever any of his films arrive on Blu-ray I take notice. I sat down and watched it as soon as I received it.

(Due to the nature of this review, some spoilers are somewhat unavoidable. To avoid spoilers skip to the final overview.)

As the film begins, a female writer named Cathryn (Susannah York) sits in her house. She receives phone calls that allude to her husband’s infidelity, but it is fairly obvious that these phone calls may just be schizophrenic episodes. When her husband Hugh (Rene Auberjunois) comes home he finds that all of the phones are off the hook, and Cathryn accuses him of infidelity. He settles her down from her episode, but when he kisses her she reels back in horror and screams, having seen the face of another. Seeing that his wife is having an episode, they decide to head to their house in the country to clear their heads. Unfortunately reality continues to be hard to decipher. Cathryn continues to see visions of her dead former husband Rene (Marcel Bozzuffi) who had passed away in a plane crash three years before. Her husband Hugh brings home a friend named Marcel (Hugh Millais) and his daughter, Susannah (Cathryn Harrison.) Marcel is very forward in his advances towards Cathryn, and it is obvious that they have had some history. While everybody around her acts fairly normal, Cathryn begins to try to dismantle the visions that are haunting her in a violent fashion.

Images was released in 1972 after an amazing run of films. Altman had released Brewster McCloud and MASH in 1970, and McCabe and Mrs. Miller in 1971. With those three classic films under his belt, each wildly different from one another, Altman showed another side of himself by directing (and self-producing) Images. Hollywood was not exactly thrilled that the same director that had brought the, a stunning success with MASH would be working on a psychological horror film. To Altman it was not up for debate. This is typical of Altman’s career overall. He beat to a different drummer and the next film he would make is a detective film called The Long Goodbye which is one of my all time favorites by the director. Images is one of Altman’s most beautifully shot films due to the Irish locations used for filming, and it definitely kept me on pins and needles throughout the film. One of the things that I really enjoyed about the film is that it is not trying to throw everybody for a twist revolving around the lead character’s schizophrenia. It is quite obvious what afflicts her from the beginning. Due to the fact that this is obvious, Altman employs several strange tactics for distorting the reality that the audience experiences. One such tactic would be when Cathryn watches from a hill above the countryside house as a car pulls up to the house, then Cathryn exits the car and looks up to see herself looking at her from the hill. This is disorienting for the viewer but puts you into the same mental framework as the lead character. There are several more tricks up Altman’s sleeves, but I do not want to spoil them.

At the end of the day, I think Images is a very effective psychological horror film. It put me on the edge of my seat or made me feel dread several times as I watched it, which is the highest compliment for this type of film. The first thirty minutes in particular work brilliantly. While it bears very little in common with Altman’s other films, it is still a great entry in the director’s career.

Arrow Video have provided a good-looking transfer of the film using an MPEG-4 AVC codec of a brand new 2K restoration from the original camera negatives. The video quality of this release is very high quality. In my opinion this is one of Altman’s most striking films (which is saying a lot.) The setting in the Irish countryside lends to a beautiful gloomy image that has the colors of fall with dark green, brown, red, and orange hues filling the screen whenever outside of the country house. Inside the house it is all grey and brown, a stark contrast. The cinematography was achieved by legendary cinematographer Vilmos Zsigmond who later did work on films like Deer Hunter, Deliverance, and Blow Out.

The crazy as hell score for the film by John Williams with assistance by Stomu Yamashta is so effective that despite its truly strange nature, it was nominated for an Academy Award for Best Score. The sound field is incredibly important in this film and it was obvious that Altman paid close attention to what he was doing here. That said, there are certain times where the characters in the film are whispering and I could not decipher what they were saying at all. I am not sure if this was intentional on Altman’s part or due to the sound mixing. This movie is one of the most “quiet/loud” films imaginable, so be prepared with the volume button! I did not detect any noticeable hiss or distortions of any kind. Arrow did a great job on the transfer overall.

Images finds Robert Altman veering away from any of his previous work into the horror genre. The film is largely successful with an especially effective first thirty minutes. I am a big fan of Altman’s work and enjoyed this film. I was struck by the beauty of the imagery in this film which is at odds with the sense of dread the film generates. While the movie can be a bit discombobulating at times, I really think anybody who enjoys the psychological horror genre will enjoy this film. Arrow Films have provided a great looking transfer and some interesting supplements that dig deeper into the process of the film. Highly recommended. 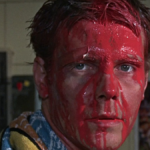 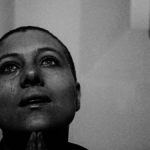