The life of Joan of Arc was filled with tragic moments and suffering, but perhaps never to the extent as when she was jailed for her beliefs. After she was arrested and taken before a court, she was spit upon and laughed at, because of her beliefs. But even so, she refused to refute her own word and even predicted that she would become freed, though this just made the guards keep a tighter watch on her. As she has done no serious wrongs, the judges have to resort to lies, forged evidence, and whatever else they can muster, to ensure their wishes can be carried out, with no real concern for true justice. Inside her cell, she is harassed by priests and guards, as they try to make her recant and seal her fate, but she remains strong and refuses to do so, even though she knows it means more suffering on her part. She is soon denied Mass and that pushes her closer to the edge, but she stays firm and refuses. But when she is pleaded with by her supporters, she recants and then she is given her sentence. As her final hours wind down, will she remain as firm in her beliefs, to the point she would perish for them? Of course, we all know the answer, but the story has never been played out like this, with such power, emotion, and depth, which makes it seem like a whole new chapter almost.

This landmark motion picture is not just a must see for film buffs, but something anyone with an interest in art should witness, it is that powerful. But this incredible movie was once thought to be lost forever, after the original negative were burned, though director Carl Dreyer recut the film and put together as good as a version as he could. In 1981 however, the film returned to the world thanks to a newly uncovered, mint condition source print, which was found inside a Norwegian mental institute, of all places. That was excellent news of course, since Dreyer’s original vision was intact once again and the film’s full impact was returned. As this is a silent film, the visuals carry the burden and thanks to Renee Falconetti’s performance, every last bit of emotion, suffering, and internal anguish is put right up on the screen. Perhaps one of the greatest turns in the history of cinema, Falconetti’s work here is heartbreaking and given Dreyer’s approach here, she had to be this good, or the movie would have tanked. But instead, we’re given a true timeless classic of cinema and with this disc from Criterion, the film is well presented and features some top notch extras. In other words, this disc is highly, no very highly recommended to all readers.

The Passion of Joan of Arc is presented in a full frame transfer and a new 4K restoration really shows some of the improvements from the previously-released DVD version. The image is so sharp and crisp, I simply couldn’t believe my eyes at times, some amazing work has been done here. A quick look at the included restoration demonstration shows that of course, but until you watch the entire film, it is hard to grasp just how impressive this treatment is. The print has some marks and defects, but nothing too serious and I’d rather have this kind of image, as opposed to one where detail is softened, in order to lessen the print flaws present. I think this is one excellent presentation, as it is hard to believe this film was in 1928, not to mention the fact that is was lost for so long, only to turn up, be worked on, and issued in such a lavish edition as this.

Again, we’re treated to two different options here. The 24 FPS (aka “The Voices of Light”) option is a well crafted, very effective creation, with beautiful melodies that seem to mesh well with the material, one of the better modern tracks I’ve heard for a silent film. The 20FPS version has an optional track by Mie Yanashita. So if you want total silence, it is here and if you want a musical track, that’s present also. Either way you go, it’s a win.

There are two versions of this film on the disc and, oddly, each version has its own set of supplements.

The remainder of the supplements appear to be the same as those that appeared on the previously-released Criterion DVD. Nevertheless, a good inclusion.

It’s a been a while, a long while, since I’ve seen this film and I think many appreciate its power and performance. There are, sadly, those who have not experienced this one and it’s a shame. Criterion’s efforts have only upped the ante with a new picture and sound as well as a few new supplements. It’s one of those that should be purchased and put on your shelf – no questions asked. 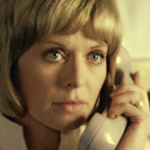 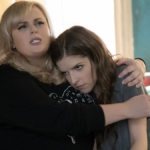