While it’s been some time since I saw the first two Jeepers Creepers films, I admit that I was curious to see how the third film would play out. The second film was released way back in 2003 and despite some attempts at earlier release dates, this one kept getting shuffled around. Here we are now in 2018 and I think ultimately this will please fans of the first 2 films. If I have it correctly, this one was only in theaters for a day or two, so this prevented me from checking it out theatrically. The first film was something of a sleeper hit back in 2001, wisely cloaking the Creeper in secrecy for the first half. A popular complaint was that it lost some stem once it revealed the Creeper in full. I can see that argument for sure, and it’s something that not only crippled the second chapter, but also this third entry. Strangely, this one keeps him off screen for large chunks of the film, almost acting as more of an action flick than horror. While I think it’s worthy of a rental, it’ll always be the original film that I return to if I want to revisit this series again. Let’s take a look at what we can expect here.

It’s the last day of the Creeper’s 23 day feeding frenzy and the local Sheriff and some local townsfolk want to get rid of him once and for all. This film is set between the first and second films with the police finding the Creeper’s truck only to discover it’s booby-trapped. We’re introduced to several characters over the course of the film. Too many to name to be honest. This is largely because they’re so forgettable. One thing that was touched on in the previous films was that the Creeper attacks for 23 days every 23 years. This makes the characters here and their goal very simple of trying to stop the Creeper before it disappears for another 23 years. Jonathan Breck is back again playing the Creeper under heavy prosthetics and makeup, and all though it seems like a thankless role, he does fine with it. We get a run-in with some kids on dirt bikes and the Creeper attacking them. There’s also a subplot with a girl on a farm with her grandmother trying to protect her. A local boy whose family sells hay to them has a crush on her, but those little asides really can’t get us overly invested here. There are a couple of jump scares, but really this is pretty light on true gore and entertainment value.

One of the problems with this film (and the second if we’re being technical) is that after the first film finally revealed the Creeper in full, there was only so much you could do with that. He just loses some of the mystique that worked so well before we saw him. Obviously, the filmmakers know this, so there’s just only so much to do with the character. I can still remember those early scenes from the first film where the loud truck was coming up behind the two main characters. The fear of the unknown is almost always scarier than having things spelled out for us. With that being said, the film does have a certain moody atmosphere that adds to it, and the cast as least do capable work for the most part. There are some performances that are a bit spotty. There’s even a fun cameo at the end to tie things up. I think fans who’ve stuck with these films so far should check this out, but just keep expectations modest.

The film does have a nice look to it, and the transfer presents that well. The image is AVC encoded with a 2.39:1 ratio. Details are strong with the isolated setting lending itself to strong visual here. Background shots are solid, colors are deep and rich and the print is fine. Details on the Creeper come through nicely as well. He’s not particularly scary looking, but he still looks nice in HD.

Also solid here is the DTS HD track that adds to the overall mood of the film. We can hear the crows surround us in some scenes as well as plenty of background action that’s spread nicely across all channels. Vocals are natural sounding as well. The film has no shortage of action, so during those moments the track really lets loose. Fans will be pleased.

Neither terrible nor great, Jeepers Creepers 3 is worth catching on cable or maybe renting. It feels more action oriented than horror, but there are some mild thrills. The film can look kind of cheap at times, and there’s only so much you can do with this character. He lost a bit of mystique after we’ve seen him in full and some background is provided. Hopefully with a better script and bigger budget, a 4th film could work. In the meantime, a rental for those curious is the most I can endorse here. 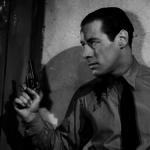 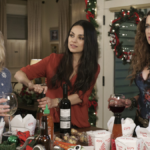