It is no secret that I consider the Criterion Collection one of the most important film distribution labels of our time. I have been introduced to countless fantastic directors and films through their label, and this year I can proudly proclaim that I have now watched over three hundred of the films in their bustling catalog. At this point they have released well over nine hundred numbered editions of important films in their collection (and this excludes their DVD-only Eclipse label.) Recently, I found myself in the mood to watch a Criterion film and chose Carol Reed’s Night Train to Munich. If you have not seen any Carol Reed films, he directed the classic The Third Man, Odd Man Out, and Our Man in Havana. Having enjoyed all three of those films, and with Criterion’s little symbol on the cover, I couldn’t resist.

The film takes place in 1939. In a factory in Prague, a group of men watch as German planes fly over their skies. The Germans drop paper fliers that say that resistance is “worse than useless” The factory owner and scientists Axel Bomasch alerts his daughter Ana (Margaret Lockwood) they must leave at once for London via airplane. She does not arrive in time and he flees. The Nazis occupy Czech. The film cuts to a prisoner of war camp – a man named Karl (Paul Henreid) is beaten for insolence and then Ana comes to his aid. He was brought there because he refused to abandon his language and teach German. They escape from the prison together and aboard a ship. Arriving in London, he goes to see an eye doctor. The eye test reveals to the audience that it is really a covert meeting and he is actually a spy that has escaped with her as arranged. He is meant to watch over her and determine the location of her father. She receives a call with instructions to grab a letter containing a train ticket and to ask for a man named Gus Bennett. The ticket will take her to Brightbourne. She finds Gus Bennett (Rex Harrison) there. Turns out he is a singer. Her father arrives by boat to meet her while the Nazis look on.  The gig is up, and her father and she are transported via the Nazis to a submarine where Ana sees her old traitorous friend Karl. The British send in a spy to pretend to be part of the Gestapo and escort Ana and her father to safety. The spy is Gus Bennett, whose real name is actually Dickie Randall. The plan is to escape during the train ride, but as Munich approaches their lives are put into danger.

I love the Criterion Collection but this film is simply not up to the level of most of their releases. The storyline is decent, but very derivative of the authors’ previous film The Lady Vanishes. This is a good example of a film that sounds great on paper, but in reality, it just does not quite deliver the goods. The main problem with the film is casting Rex Harrison against type as the hero of the film. Rex Harrison is not a tough enough leading man to inspire any confidence. The film opens well enough. Until Rex Harrison’s character enters the film, I was totally on board. Once he enters the film, I felt like checking when the film would end every five minutes. On top of that, the film relies so heavily on devices from the superior The Lady Vanishes (two comedic foil British men, long perilous train rides, a final showdown prior to escape) that you cannot avoid thinking of that film and the missteps in this one. Carol Reed is a fantastic director, but despite a well done final set piece that reminded me of Edge of Eternity, this film is just not worth your time compared to everything that Criterion has to offer.

Criterion are known for their dedication to sourcing the best possible transfers of the film that they release. In this case they have provided a very capable 2K transfer of the film in 1080p with an aspect ratio of 1.34:1 from a duplicate of the negative. This film looks good but I am hesitant to say that it looks much better than the earlier DVD release which was also visually appealing. Clarity is good. Fine detail is pretty good, but none of this looks so good that it makes it necessary to upgrade your DVD if you already own it.

Criterion Collection have provided a reference quality Linear PCM mono track that sounds good. Criterion always do an excellent job of cleaning up tracks and this one is no exception. The previous track included on the DVD was also pretty high quality, so if you notice a big difference your ears are more discerning than mine.

I love Carol Reed and the Criterion Collection but this film is one of the least engaging in their arsenal of amazing films. The Blu-ray offers some improvement in visuals over the DVD, but I would not recommend turning in your DVD to get the Blu-ray unless you truly live this film. Criterion seemed to not care about this release very much either, with no additional supplements added or any real effort put into this release. My recommendation would be to simply skip this one and watch The Third Man (if you can afford it). 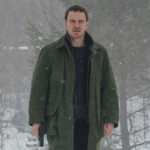 The Snowman (Blu-ray)
Next Article 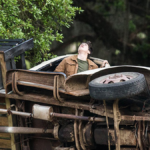