I’ll be the first to admit that I’m not a big fan of cooking. I don’t think poorly of those who are, though. I mean, let’s face it – there’s very few basic essentials we need to make it through life and food is certainly one of them. This time last week I couldn’t have told you who Julia Child was or what her contribution to our society was. I knew the name and figured it had something to do with cooking, but there’s no way in the world I’d have been able to say “Oh, she was the author of ‘Mastering the Art of French Cooking’!” She was, as it turns out and with the book now in it’s 49th printing, I’d say she left somewhat of an indelible impression on American society; wouldn’t you? Now contrast this with Julie Powell, a temp-to-perm employee of the Lower Manhattan Development Corporation who decides to write a blog and becomes a celebrity. What do these women have in common, I ask you? Well, besides the love of cooking more than you’d think. I’m unsure of how healthy it is to dine exclusively on French food, so those with a cholesterol problem might want to look for a healthier approach, but for those of you who love butter, here we go!

The film is linear in its narrative, though it’s essentially two movies in one. Then again, it’s kind of supposed to be that way since the movie was modeled after two different books. We meet Julie Powell (Amy Adams), on the cusp of her 30th birthday and it seems that she’s going nowhere in life. Her friends are high-powered executives, but Julie can’t ever seem to finish anything she starts. So it hits her. She’ll write a blog (this was 2002 when blogs were still relatively new) chronicling her love of Julia Chila and will cook every recipe in her book “Mastering the Art of French Cooking”. It’s a lofty goal but she decides to do it. Conversely, we meet Julia Child (Meryl Streep) and her husband, Paul (Stanley Tucci). Paul’s a government employee and they’re stationed in Paris where Julia dines on the cuisine and loves it. Julia, not having much direction in life, decides to enroll in a cooking class and finds she’s a prodigy. We see her through the period where she’s writing her cookbook “for Americans” and the ups and downs that comes with it. And, in a nutshell, that’s the film. As mentioned, it’s more like two films in one constantly flipping back and forth from 1950’s France and 2002 New York.

It’s widely acknowledged that the scenes with Meryl Streep as a characterization of Julia Child are the stronger in the film. Well, uh, yeah they are. This is Meryl Streep we’re talking about here and if there’s any justice in the world she’ll at least be rewarded with yet another Oscar nomination. I’m not taking away from Amy Adams’ performance as it was good as well, but when portraying an icon like Child, there’s more of a standard to live up to. This is actually the second film this year that Streep and Adams have starred in and though the two share no scenes, it’s nice to see two such accomplished actresses play off one another. Oddly enough, Julie Powell’s blog is still out there on Salon.com, so if you want to read the unabridged version (and it’ll take some time), check it out. And don’t let the direction and story by Nora Ephron scare you. I thought it’d be a total “chick flick” with Ephron behind the camera, but it’s really an enjoyable film and one that I’ll find myself watching again, I’m sure.

“Julie & Julia” is shown in a 1.85:1 AVC HD transfer that looks just as good as I expected. Naturally a big budget movie from a big studio will have the deck stacked in its favor when it comes to image quality and this is no exception. I have to say that the scenes in Paris look a bit more colorful and vivid than those of New York. Then again, this took place in a very post-9/11 New York and the couple wasn’t exactly on cloud nine, so this was reflected in the mood as well. Detail is sharp, black levels are consistent and contrast looks great. While there’s some room for improvement, it’s not a lot. This transfer delivers the goods.

I wasn’t expecting a whole lot in regards to a dynamic soundtrack when popping “Julie & Julia” in my Blu-ray player and it was pretty much on par with what I expected. For the most part, it’s a dialogue-driven film with surrounds coming in on occasion to add a little extra depth. This front-heavy soundtrack didn’t need much more, though as the action on screen was more than enough. As far as uncompressed soundtracks go, this is about the middle of the road but still – if you want a movie that’ll blow your eardrums out, you’re probably not going to put this one in the player.

“Julie & Julia” actually manages to serve up a nice variety of supplements. First off we start with a commentary by screenwriter/director Nora Ephron and I’ll give it to her, she delivers a good track. She was highly involved with the film and it shows. I’d have maybe liked to hear Streep and Adams in there as well (and maybe even Julie Powell) but as it stands, this is a very informative track. There’s a 30 minute EPK “Secret Ingredients: Creating “Julie & Julia” which as interviews with the cast and crew, Julie Powell and some of Julia Child’s relatives. We get to see more of the relatives in “Family and Friends Remember Julia Child” in this 45 minute documentary of her and her life. She was quite the woman who just passed away in 2004. And the movie wasn’t lying, Julia Child’s kitchen is actually in the Smithsonian National Museum of American History and we meet the three ladies who painstakingly made that happen. We also get a series of “Cooking Lessons” which contain some archived footage with Child and some various chefs as they make it look easy to prepare a meal that the rest of us would die for. Lastly, Sony’s “Movie IQ” is a feature that’s starting to pop up on some Blu-ray’s and it’s actually pretty cool. You can watch the movie with or without it, but it gives little facts about the film, the stars and it’s connected to the Internet so it’s always updated. I pulled out a DVD a few weeks back that listed one of Brad Pitt’s “upcoming” films as “Ocean’s Eleven” – so it’s nice to have the information current. There’s also a neat little feature that allows you to e-mail yourself a recipe of what’s being prepared on screen. I tried it. It worked. Cool. Bon Appetit! 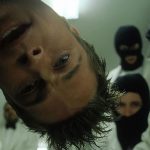 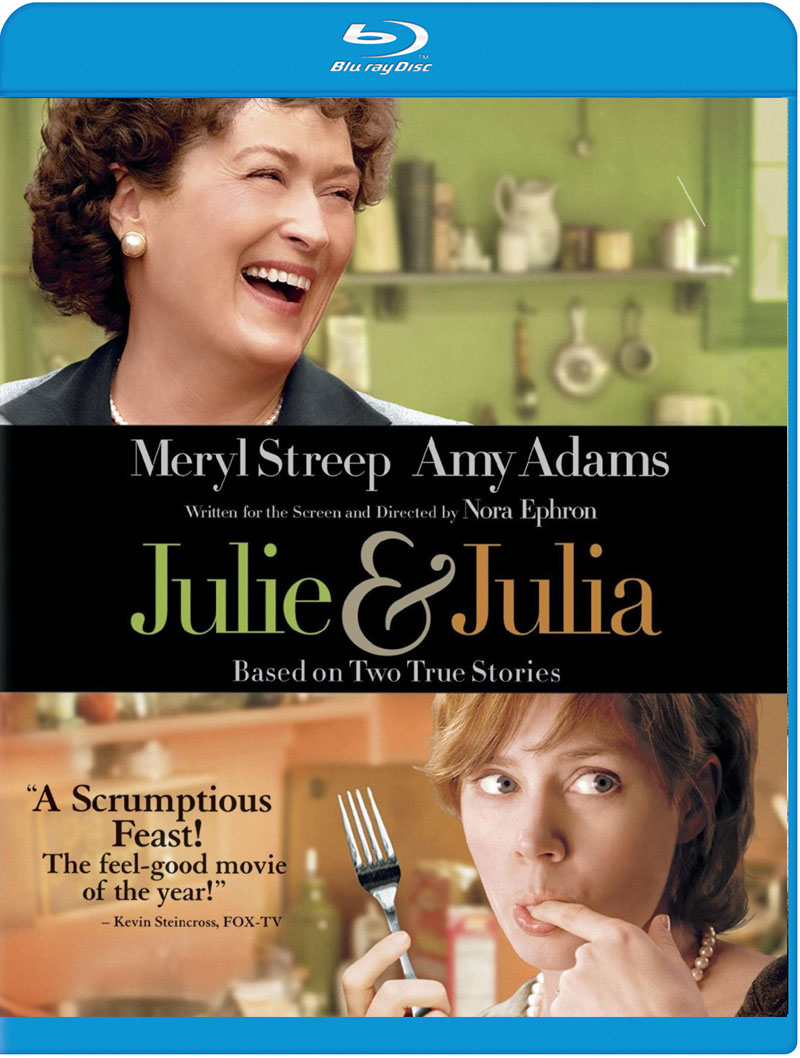