While he was in prison for involuntary manslaughter, Bobby Walker (Jesse Bradford) had to also deal with the death of his mother. Once he is released, Walker moves into her run-down apartment and discovers that his mother lived a most unusual lifestyle, one that defies description. He finds all manner of strange things around the apartment, which lead him to think his mother had lost her mind toward the end. He soon begins to question his own sanity however, when he hears unexplained sounds, eerie ones that make him quite uneasy. Walker wants to start a normal life again, but between the creepy sounds and a violent neighbor with a badge, things aren’t that simple. But he pushes on, gets a job and even tries to rekindle an old romance. But what is behind the apartment’s eerie atmosphere and when Walker finally uncovers the truth, will he wish he was back in prison, instead of in a supernatural hell?

The original Asian version of The Ring sparked a tidal wave of horror cinema that engulfed the world, with not only Asian clones, but a stream of American retreads as well. The train has pretty much run out of gas at this point, but I guess no one told the makers of The Echo. But is it too little, too late or does The Echo show that the sub-genre can still pack a mean punch? Of course, this is a remake, but at least original director Yam Laranas was brought in to recreate his vision. The Echo isn’t bad, not a great movie by any means, but it was a decent watch. The tension was well crafted, the performances were solid, and the atmosphere was good, so this better than most direct to video releases. At the same time, there isn’t anything in The Echo we haven’t seen done elsewhere and done better. So if you want a unique experience, look elsewhere, but if you just want a solid chiller to pass the time, The Echo is worth a rental.

The Echo is presented in 2.40:1 anamorphic widescreen. This is an impressive visual effort, with nice detail and no real problems to mention. This might be direct to video, but the transfer keeps pace with better funded projects, thanks to depth that provides great subtle visible touches. The detail is sometimes better than other times, but it is strong throughout. No concerns with color or contrast either, just a great visual presentation.

I have to admit, I was caught off guard by how effective this DTS HD 5.1 option is. This is one of the better mixes I’ve heard of late, with superb attention to detail. This isn’t an action movie of course, so the audio isn’t explosive, but the soundtrack delivers on every ounce of audio potential here. The atmosphere is tense and eerie, reinforced by the subtle (and not to subtle) audio cues, which really enhances the experience. The music sounds good also, while dialogue is clean and crisp at all times. In short, this is one fantastic soundtrack. This disc also includes subtitles in English and Spanish.

This disc includes the film’s trailer. 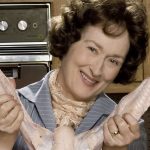