It’s been a while since I’ve seen any of the Jurassic movies. Certainly I remember the original on a weekend where it opened as well as Arnold Schwarzenegger’s Last Action Hero. I saw that. The rest of the world saw Jurassic Park. As time has shown us, the dinosaurs were certainly the more entertaining and profitable film of 1993. Twenty two years and three sequels later we’re once again treated to life at Jurassic Park. Not that it needed it, but Chris Pratt coming off last summer’s top film – Guardians of the Galaxy, took top billing along with Bryce Dallas Howard. But in a Jurassic film, do we need big name stars? Evidently so. The question that was on everyone’s mind, though, was…would it pay off? Were audiences tired of yet another installment in this franchise? The last was Jurassic World III which came out in 2001 and it didn’t exactly light up the box office. The die has been cast, the park is now open. Welcome to Jurassic…world!

A shade over twenty years since the incidents of Jurassic Park occurred, the park has now been re-opened and re-branded. It’s Jurassic World. Business is good and they’re packing them in. Only this time the dinosaurs have been genetically modified to further wow audiences. Two kids, Gray (Ty Simpkins) and Zach (Nick Robinson) are visiting the park and are under the care of their aunt, Claire (Bryce Dallas-Howard) – the park’s managing director. Things are going fine until it’s discovered that a hybrid dinosaur, Indominus Rex, has escaped from its area of the park. Not good. Not wanting the park’s patrons to, well, die, Owen (Chris Pratt) the resident Velosa Raptor trainer, is brought into save the day. Of course things go from bad to worse when they witness the path of destruction left by our genetically-engineered friend, and it turns into a living nightmare as they all fend for their lives. Will the kids make it out alive or will dinosaurs once again rule the Earth?

Sound familiar? It should. It’s pretty much the exact same plot, down to the kids and everything, that they used for 1993’s Jurassic Park.  Hey, I’m not knocking it – if it ain’t broke then don’t fix it. They didn’t. And it worked to the tune of over a billion dollars. Why sell something once if you can sell it twice, right? Now don’t get me wrong, I didn’t dislike the film, I just found it irritatingly predictable. There was a point in the film (with an hour left) where we paused the movie and said “Ok, here’s what’s going to happen…” and, sure enough, we nailed every key event for the next hour. The effects are, as expected, amazing and I’m sure that this movie is a bit more of an experience on the big screen. I felt that Chris Pratt was underused and they tried to make him an action star when he was used perfectly in Guardians of the Galaxy. And I just wasn’t buying Bryce Dallas-Howard as the female lead. Suffice it to say it’s a good movie that will make even more money on home video, but I have to say that I did much more eye rolling than I’d expected.

Presented in a rather obscure aspect ratio of 2.00:1, Jurassic World arrives in a pristine-looking transfer from Universal.  Let’s face it, would the top grossing film of the year look anything less than perfect? Doubtful. I have to assume the more “narrow” aspect ratio is due to the 3D aspect of this film. I won’t dwell on it, though. Everything you’d expect from this movie delivers. We’ve got dense jungle and forest, greens abound, dirt and sweat on the actors’ faces and of course our extinct reptile friends glisten with the detail in HD. Could you ask for anything more? Nary a frame goes to waste and viewers will be overjoyed with this amazing-looking transfer.

If memory serves, Jurassic Park was the first feature-length film to utilize the DTS technology. It’s now been over twenty years and I think it’s safe to say that DTS has made its mark on the market, wouldn’t you? Having said that, the DTS HD Master Audio mix found on the movie is nothing short of perfection. The LFE get a workout with the surrounds pumping out the effects to give a very immersive effect. The front channels seemingly never stop either. The speakers get a workout, for sure.  My problems with the film’s plot aside, let it be said that this is one top notch audio experience. Yes, experience.

There are several versions out there, with limited editions, steenboks, 3D and whatnot – but the array of supplements seems to be the same. Here’s what’s included on the Blu-ray.

While not a bona fide remake, Jurassic World shares a number of similarities with its 1993 predecessor – namely almost the exact same plot. No matter, audiences were willing to make it the #1 movie of the year.  I personally found Chris Pratt much more entertaining in Guardians of the Galaxy, but state of the art visual effects and a few new twists and turns do make for a good viewing. The Blu-ray offers top notch audio and video and a smattering of extras that’s sure to be enough to warrant a purchase. 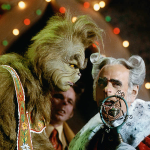 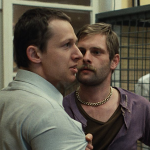