Before Krysztof Kieslowski wowed international audiences with his beautifully realized The Double Life of Veronique, Kieslowski was blowing minds with his film Blind Chance. The film proved to be incredibly influential, with Run Lola Run and Sliding Doors to name just a couple films owing much to Kieslowski’s conceit, that one moment can be the trigger for a series of direct decisions and circumstances. The film has an interesting legacy. It was shot in 1980-1981 while their was a brief break from censorship, and shelved when martial law was declared in Poland. It then was released in 1987 with certain scenes censored. It was not until the Nineties that it was put back together as Kieslowski intended.

The film begins by briefly showing different episodes from twenty four year old Witek’s life, beginning with a traumatic birth and continuing through different stages of Poland’s Communist history. Shortly we are caught up to the year 1978 when Witek finds out his father is about to pass away. We see Witek running through the train station as his train to Warsaw is departing. Depending on the scenario his life takes three very different directions depending on this one moment in his life. In one scenario, he catches the train and becomes a Communist party sympathizer. In one scenario he is arrested at the train station and becomes involved in the opposition. In another scenario he misses the train and goes back to medical school, remaining neutral. In all three scenarios he finds romance with different women, falling in love in each segment. In one scenario he finds God, in another he remains an Atheist.

Blind Chance is a great film. As you may have determined from previous reviews, Kieslowski is one of my favorite directors. This film is as good as anything in the Three Colors trilogy, even though it is grittier and more political than those films. The acting is very good with a great performance by Boguslaw Linda as Witek. This film is even better after you watch the interview with Sobolewski that explains the intense state of affairs in Poland that are shown throughout the film. This is a film that is definitely worth your time. I highly recommend watching it.

This is the best video transfer I have seen by Criterion of a pre-digital film since their extremely impressive transfer of Badlands. Going into this film I did not expect much visually as it was shot in Communist Poland between 1980 and 1981, and certain scenes had been censored at the time. Luckily, Criterion decided to make this one of the most attractive films in their catalog with a true 4K transfer. This film looks better on Blu-ray than you will be able to believe. Fine detail is outstanding and grain is very rarely visible. Clarity is for the most part perfect. Criterion also have restored almost all of the originally censored footage and it was not discernible to me when the censored footage began or ended which is a tremendous feat. There is unfortunately about thirty seconds of footage that was not able to be restored, but Criterion plays the audio with an explanation above. With a transfer this fantastic, I can only hope that Criterion will acquire the rights to The Decalogue.

Similar to the video, this Polish Mono track is very high quality. There is nothing bad to report whatsoever in this department although dynamic range is limited as you would expect. Dialogue is incredibly clear and crisp and the rare music in the film sounds great. I did not notice any pops or hiss or distortion. I can not think of any need for improvement here.

Blind Chance is just another reason why Kieslowski was one of the best film makers of all time. This is a beautifully realized film with a list of great ideas and substance. The premise of the film also allows you to see all sides of the struggle in a totalitarian state. Criterion have provided an absolutely stunning 4K transfer of the film which would rank amongst the best I have seen. The only downside to the disk is the light amount of supplements (with only one being a must-see feature.) If you love the movie, this should be an easy decision.

Note: This film is the most explicit sexually of the films I have seen by Kieslowski. It is still not totally over the top, but some viewers may find it uncomfortable. 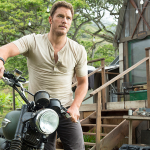 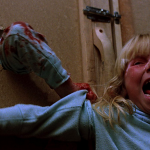