I have a strong amount of respect for stand up comedians. It must be quite a task to make a complete group of random strangers laugh. It’s on you to command the stage and work with the material in your head. Obviously some comedians are funnier than others, but my admiration for them never declines. I am familiar with Kevin Hart (mostly from his film roles), but knew next to nothing of his stand up material before I watched Let Me Explain. After viewing his material here I can’t say I ever want to revisit any of his stuff again, at least if it’s not in films. The film is short (75 minutes and that includes end credits) and spends most time on stage with Hart. I am at least grateful of that. Too often these type of films provide an uneasy mix of on and off-stage material. There’s a bit of early stuff showing Hart and his group of friends driving around, providing interviews and goofing around. This makes up the first 15 minutes or so. From that point on, we’re left with Hart on stage doing his thing. This is a nice touch. It lets us really get involved with his material without cutting away and interrupting the flow.

Kevin Hart is one of the few comedians to sell out at Madison Square Gardens. Some other comics to achieve this include Andrew Dice Clay, George Carlin and Eddie Murphy to name a few. This is obviously quite an accomplishment, but I fail to see how Hart can attract such an audience. In short: he’s just not that funny. Part of the problem for me is that his jokes take too long to get to the punchline. Hart tells many long stories, many taken from his own personal experiences, but the problem is there’s too little payoff. One skit involves his son and his pretending to be Spider-man. Hart goes into such great detail that we expect a huge laugh by the time the joke is over, but it never happens. It simply sputters out. I’m eager to place Hart in the Love-it-Hate-it category. It’s really hard to think of anyone falling in the middle. Unfortunately, I have to place myself in the latter category. There’s just too little here for me to recommend. None of the jokes are relatable to me, nothing memorable or even remotely funny. Hart mostly acts like a buffoon on stage and yells and curses a lot. I am no prude, in fact, I often find edgy material very amusing, but it has to have wit behind it or something other than simply cursing for cursing sake. Clearly the guy has a following, but it’s not for me.

I am sure most people who purchase this Bluray won’t be expecting the “Ultimate HD” experience. Having said that, the transfer suits the film nicely. A lot of the early night scenes show a considerable amount of grain in the background. The majority of the film is on stage and that looks about as good as it should. This is an AVC encoded 1.85:1 transfer and it will likely please fans. There’s nothing remarkable here, but also nothing to complain about. I noticed a number of sweat beads on Hart’s face during several of the close-up shots. Detail is strong in several of the shots of the audience as well. This is a solid transfer.

The DTS HD track is good as well. Obviously it’s mostly front loaded, but we do hear a good deal of laughing from the audience on the rear channels. Hart’s jokes come through with nice clarity and the earlier portions of the film also display strong clarity. We do get a bit of bass as Hart sometimes breathes heavily into the microphone. He does yell a lot which had me adjusting the volume a few times. This is nice track that suits the film well. 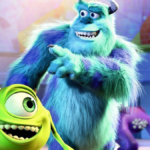