Kong: Skull Island is one of the rare event films that knows exactly what the audience wants and delivers on that. It’s refreshing to see a film like this have the courtesy to not take itself too seriously either. And what it might lack in epic scope, it more than makes up for with the sheer fun factor and action. It doesn’t hurt that not only do they get the look of Kong right, but we have an A-list cast to carry us through the film. We get strong performances from Tom Hiddelston, Samuel L. Jackson, John Goodman and a comedic turn from John C. Reilly as well.

We get an early scene set in 1944 where we see two fighter pilots duking it out. This leads them to an edge of a cliff where we see a large creature appear out of nowhere. This is in fact King Kong. We then flash forward to 1973 where Bill Randa (John Goodman) hopes to lead an expedition to the remote Skull Island. He’s pressing his luck, but is granted permission and a team to lead the expedition. He enlists the help of a well-known tracker named James Conrad (Tom Hiddelston). With the assistance of Lt. Packard (Samuel L. Jackson) and his men, they’re all set. Not all of the men have faith in the mission, and think the idea of dropping bombs to map out the island is a bad one. As they’re flying over the island, they’re knocked down by Kong himself. There are several casualties, but the survivors then work together for a way off the island. Packard now has his own agenda of bringing down Kong, while the others hope to protect him, insisting Kong was just protection his turf. Brie Larson stars as photographer and peace activist who sides with Conrad. Eventually they find Hank Marlow (John C. Reilly) who has been stranded on the island for almost 29 years. He’s the character we see fighting briefly at the beginning of the film. From there on out, the characters not only try to fight off the other creatures on the island, but wish to save Kong and escape safely.

As I mentioned, Kong knows what the audience wants and delivers on that. It has plenty of action, but also a sense of humor about itself. There’s a very deliberate campy feel to it. Most will know that this film will lead into a showdown between Kong and Godzilla, so we lack the inevitable conclusion of the previous King Kong films. I actually like that since I’m all in favor of more Kong outings. I was a fan of the Peter Jackson remake, but this one is much leaner and more entertaining overall. I also really like the look of Kong himself. Unlike the recent Godzilla film, we really get to focus of Kong. I love how some shots show off his size by showing him from the character’s perspective. The film doesn’t cut away from Kong whenever he’s on screen. This decision really makes his presence worthwhile. Parts of the film reminded me a bit of Apocalypse Now. The soundtrack even features some classic tunes as well. There’s really little to complain about here. The film is well-paced, has a great cast and satisfying action sequences. There are a lot of characters to keep up with, but more of them are given something to do.

Peter Jackson’s 2005 film set the bar pretty high when it came to this “big ape” and this 2017 version gives a very lifelike presentation of the 100 foot beast. The 2.40:1 HEVC image epitomizes everything you’d expect from a new to 4K release. CGI effects don’t feel forced and are seamlessly integrated into the film. The palette is warm and natural, with bits of darkness that really give the film a “lifelike” look (for lack of a better term). Black levels are not challenged in the least, the HDR really gives a more overall encompassing look to the film and I’m hard-pressed to find much to complain about.

Both versions of the film, Blu-ray and 4K, contain the same audio mix – Dolby Atmos. I wish more studios would adopt this policy as it seems fairer to the consumer. On one hand, the consumer who pays more might get a better-looking picture, but that shouldn’t sacrifice the audio quality. Nevertheless, that’s not the case here, and the included Atmos track is everything we’d expect it to be – and more. Vocals are rich, crisp and pure, surrounds are never-ending and offer tons of atmospheric ambiance. The LFE are constant as well (I’d have to imagine a 100 foot tall gorilla makes a lot of noise when he walks). If you’re looking for a movie to give your speakers a workout – look no further.

Delivering exactly what you should expect, Kong: Skull Island is a winning blockbuster. It’s simply a fun and entertaining film that doesn’t try to be anything else. There’s really not a false note here. We get colorful characters, a solid enough plot and Kong himself gets just enough screen time.  The film comes highly recommended. 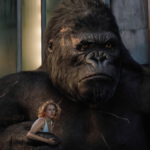 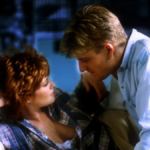