Marking the directorial debut of Greta Gerwig (who also wrote it), Lady Bird shows she’s more than capable of delivering a solid film that many viewers should be able to relate to in some way. What I think works so well about the film is that it doesn’t try to be too hip or off-beat. It lets the material play honestly where everything seems real and honest. I can almost imagine (though I don’t want to) how someone like Juno Temple might handle this material, substituting honest behavior for something more quirky. Clearly Gerwig gets this material and that shows.

Set in Sacramento, California in the early 2000’s, we follow Christine “Lady Bird” McPherson (Saoirse Ronan) and her final days as a senior at a Catholic school. She has an adopted brother, a dad who’s very passive aggressive and always the “good guy” as her mother puts it and her mother, Marion (Laurie Metcalf). To say that she and her mother don’t see eye to eye would be an understatement as there always seems to be some sort of argument on the verge of breaking out. Christine wants nothing more than to move to an east-coast college. Her best friend, Julie (Beanie Feldstein) and she have a strong friendship where we see them envy the most popular girl in school, wondering if they should start tanning. They also both join the theater program where Christine meets a boy in which she starts to fall for. There’s a twist to this relationship which leads Christine to falling for another boy. She then befriends Jenna (Odeya Rush), the same “cool girl” from the school in which she envied earlier in the film. This causes a change in Christine as she quits the theater program and is clearly trying to impress Jenna, all whilst pushing Julie away. She even lies to Jenna about where she lives, because she’s embarrassed of her own home. As if that weren’t enough, the struggled between she and her mother continue, and her father even loses his job.

There are a lot of random vignettes and characters in Lady Bird, but the central relation between Christine and her mother is the heart of the film. It’s both amusing and tense at the same time as they often argue over various, random things. As her father states at one point, they both have extreme personalities, therefore always clashing. I liked the main character as she’s not afraid to speak her mind. It’s that aspect of her personality that gets her suspended from school at one point in the film. I found a lot of the film rang true as I attended Catholic school from elementary to high school. That elements is present, but never feels forced or like it’s a gimmick; it’s simply present. I’ll admit that I wasn’t sure how I’d take this film when I saw some of the previews and clips, but it surprised me by how much I enjoyed it. I liked that nothing felt out of place or forced. I was worried there would be too much of a Juno vibe present here, but that wasn’t the case. I don’t mean to come down too hard on that film or Juno Temple, but for better or for worse, her staple is heavy on a lot of her films. With fine performances, interesting characters and an authenticity, Lady Bird earns my recommendation.

I quite enjoyed Lady Bird. Just like my recent viewing of The Florida Project, it caught me a bit off guard. I could relate to the film in some ways, but enjoyed the mother/daughter dynamic the most. Gerwig keeps things moving at a nice pace, and never tries to do too much with the film. This only helps it as it seems more honest this way. I could see other filmmakers trying to be too hip or quirky, whereas this is a bit more low-key in some ways. Recommended.

I read a far more technical review of the film’s image quality on another site, but I’ll keep it simpler here: the film looked good to my eyes. For those more curious how exactly the film was shot and the approach here, by all means seek that out. Rest assured, however, that the transfer presents the film in a satisfying manner and one that Gerwig herself seemed to strongly approve. We get an AVC encoded 1.85:1 transfer that should please most viewers while considering that some choices were intentional. There can be odd color choices here and there, but I’m fine with it. In one of the supplements on this disc, Gerwig mentions “The look of memory” in what she was going for here. OK, sure. Still, the transfer satisfies in terms of what I look for.

The DTS HD track is about what we can expect from a film of this sort. Vocals dominate, but there’s always a clarity present. There’s a prom and some musical numbers that kick things up a notch, but this is mostly a low key affair. Still, it works fine for this film.

I quite enjoyed Lady Bird. Just like my recent viewing of The Florida Project, it caught me a bit off guard. I could relate to the film in some ways, but enjoyed the mother/daughter dynamic the most. Gerwig keeps things moving at a nice pace, and never tries to do too much with the film. This only helps it as it seems more honest this way. I could see other filmmakers trying to be too hip or quirky, whereas this is a bit more low-key in some ways. Recommended. 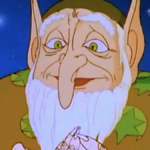 The Flight of Dragons (Blu-ray)
Next Article 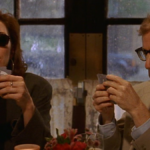