Twilight Time has continued its lineup of High Definition transfers of Woody Allen films this month with Manhattan Murder Mystery. As a Woody Allen fan, I was excited to see another one of his titles come to Blu-ray. I had particular interest in this film because I remember that this was aired on Comedy Central a good amount when I was an adolescent and before The Daily Show existed. I think they ran this film along with Monty Python and the Holy Grail and Gung Ho! at the time. Given that I could not remember much of the film, it was exciting to revisit it as an adult.

When middle-aged married couple Larry (Woody Allen) and Carol (Diane Keaton) return home to their apartment one night, they bump into some neighbors from down the hall, the Houses. Accepting their invitation begrudgingly to have a night cap, they uncomfortably drink some coffee with Mr. and Mrs. House, look at Mr. House’s stamp collection, and then make their way back to their apartment. The next day, Mrs. House has died from coronary complications. Carol finds this strange because the night before, Mrs. House had looked so healthy and been talking about how she planned to use the treadmill in the apartment. When Carol bumps into Mr. House, she is convinced that foul play is involved due to his upbeat attitude after his wife’s recent demise. Carol, against the will of her husband, begins to search for clues. Aided by their recently divorced writer friend Ted (Allan Alda) she begins to form theories on how Mr. House killed his wife.

This is a lot of fun. Woody Allen is rarely as whimsical as he is here. The film not only reunites Allen with one of his most iconic actresses, Diane Keaton, but also pairs him with the great Alan Alda who had appeared in Crimes and Misdemeanors. With the addition of Anjelica Huston and Woody Allen himself starring, this film has a very strong cast of players. Watching the film, it is very obvious that everyone involved had a great time shooting it. There is not a bad performance throughout the course of the film.

This was Allen’s great homage to the murder mystery films he had grown up loving such as Lady From Shanghai and Double Indemnity (both of which show up in the film.) It has all those elements that make those films successful with a good amount of neurotic comedy thrown in. Years later he would make a serious stab at murder drama with Match Point, which remains one of my favorite Allen films, but here it is all played for fun. Carlo Di Palma provides some great cinematography and like most Allen films it is shot in New York during overcast fall weather. In a book I read on Allen’s filmmaking they pointed out that this allows a certain continuity between the shots and also allows Allen to work a true nine to five day because the morning and afternoon look similar. It gives his films a certain aesthetic that makes me feel comfortable. I can not think of any possible reason why anybody would dislike this film. Allen himself ranks this as one of his favorite films, so I recommend checking this one out. I also think that this would serve as a great introduction to Allen if you have not seen any of his films.

Carlo Do Palma has just filmed one of Allen’s most experimentally shot films Husbands and Wives, and a little bit of the manic energy of that film carries over here. For the most part, the look of this film could fit in with Woody’s Hannah and Her Sisters with a little bit of handheld thrown in for fun. It looks great. I really love these releases from Twilight Time because there is no doubt whatsoever that this is how Allen wanted the film to be seen. I really think that Carlo Di Palma is easily one of the best cinematographers that Allen worked with, and this film is no exception.

Twilight Time have provided a DTS-HD MA Mono track. It has excellent fidelity to the original elements. This film has a good amount of early jazz songs that play throughout the film and they all sound pretty good (with the normal limitations of recordings from that era.) The dialogue is crisp and this movie sounds as good as you are likely to ever hear it.

Manhattan Murder Mystery finds Allen reunited with Diane Keaton and the results are a fantastic and very lighthearted film with some elements from thrillers. It is hard to beat Allen in top-form, and this is as tightly constructed an Allen film as you are likely to watch this year. Twilight Time have provided a fantastic transfer of the film. Highly recommended. 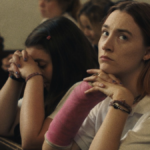 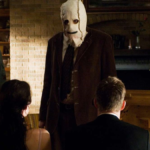