I recall seeing the ads for Loving and kept waiting to hear more and more about it, but it seemed to come and go without much buzz. The film was well received by critics, and even generated some Oscar buzz, but somehow seems overlooked. The intriguing story is there and the cast is strong as well, but it all but vanished from theaters. While I enjoyed the film overall and feel it tells an important and even relevant story, I still feel it’s being a bit overpraised as well. While there’s nothing terribly wrong with the film, it somehow felt lacking in a way. It’s as if all the ingredients are there, but they don’t quite come together in a fully satisfying way.

Set during the 1950’s and 60’s, Loving stars Joel Edgerton as Richard Loving. He’s a somewhat simple and quiet man who keeps to himself and works on cars and homes. He’s happily married to his wife, Mildred (Ruth Negga) and builds her a house to raise their family in. They are indeed an interracial couple, and this creates a problem. One night the police bust into their house and arrest the two of them since they’ve broken the anti-miscegenation law. This creates a legal battle that lasts for years. This is pretty much the groundwork laid out for the film. The story of two people who just want to live their life in peace, is interrupted for legal reasons. I appreciated a lot about the film, but I just found it to be overall lacking. I appreciate the understated nature and that it avoids melodrama, but I found myself strangely detached. The acting is fine, but I never particularly cared too much about the characters. The film is slow, but never boring and yet somehow still goes by quickly. I did some research after viewing the film and indeed this story is interesting and one worth telling, but I don’t feel this is the best execution of it. I kept getting puzzled by the Richard Loving character. I wasn’t sure what to make of him as he seemed a bit off at first. Edgerton does a good job at conveying that, but it just threw me. Apparently, this is true to how Loving was, but it caught me a bit off guard at first. I do appreciate that the film didn’t get overly preachy either, and keeps the story downplayed and simple. Still, I just found it could’ve been more.

One thing I did love was the look of the film and the transfer does it justice. I always enjoy seeing films set during an earlier era, even before my time. I like the look of the buildings and the classic cars. Background shots are strong and detailed, colors nice. It’s a very simple film with the story and visuals, and it’s well rendered here. The image is AVC encoded with a 2.39:1 ratio. Fans will be pleased.

The DTS HD track is good, but not as strong as the visuals. Still, it gets the job done. There are times when it kicks into gear, but some of the vocals had me turning on the subtitles to make sure I heard everything. There were occasions when the track was kicked up a few notches, and that definitely added to it, but the quieter moments needed me to turn up the volume as well. Still, it got the job done well enough for me.

I really can’t find anything particularly wrong with Loving, but I can’t say it won me over either. It’s hard to fault a film that is nicely understated and well-acted, but I just felt it lacked that extra something that would’ve made it a homerun. The story is nice and the cast is game, so I think a rental is worthy, but I was just expecting a bit more. 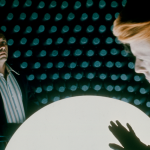 The Man Who Fell to Earth (Blu-ray)
Next Article 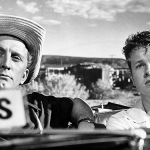