When you think of alien invasion you might think of laser beams or mass destruction, but how many of you envision corporate takeovers and business deals? When Thomas Jerome Newton (David Bowie) lands on this planet disguised as a human, he has some serious business to attend to and the fate of his entire home planet hangs in the balance. You see Thomas needs to locate immense amounts of water and then formulate a way in which to transport this water back to his own planet, where droughts have left them on the verge of extinction. Thomas comes from a very advanced planet in terms of technology so he knows what he has to do, but he lacks the funds he needs to make it all happen. He decides to use his knowledge of advanced technology to start his own business, which he thinks will earn him the billions he needs to construct the ship for his return home. With so much on the line for himself, Thomas works hard to make things work, though it isn’t as easy as he expected. As such, business isn’t that easy and Thomas has to deal with cutthroat businessmen around every corner. Add in a dash of romance and love and Thomas finds himself between a rock and a hard place…

This is a strange film that has found a rather large following as the years have passed and I am proud to count myself among their numbers. I don’t think this movie will appeal to most traditional science fiction fans, but those interested in a more offbeat alien tale will want to check this one out. The visuals are well known and admired for good reason, this is a visually powerful film that few can equal. I will discuss this more when I get to the director’s info later on, but I will say this one is worth watching once just to see how good it all looks. But this is not all visuals, as the story is interesting and the performances are terrific. Bowie is great in his feature film debut, while the supporting cats is also quite good. This is a very unusual film that involves some very bizarre events and characters, but I think it all comes together well in the end which is what counts. The sex scenes might drive some more conservative viewers away from the film, but if you can handle some nudity you’ll be just fine. I mean, we’ve all seen naked bodies in movies and real life, so I doubt most folks would be overly offended here.

This film was directed by Nicolas Roeg, whom many feel is willing to sacrifice substance for style. I will say some of his films could use some work in terms of storyline exploration and character depth, but I don’t think his movies ever suffer that much because of his visual inclinations. Roeg knows how to make a visual splash and this shows in almost all of his films, including this one. While some of Roeg’s other movies have powerful visuals also, I think this film has the most stunning visuals as the sets, costumes, and camera all forge together to create an incredible world. As I mentioned above you should view this film just to see how striking it is, if for no other reason. If you want to see more of Roeg’s cinema I recommend Walkabout, The Witches, Hotel Paradise, and Two Deaths. The lead in this film is played by David Bowie who is perhaps best known for his musical career, though he has been in several movies. Bowie (Labyrinth) looks the part and is able to pull off a more than adequate performance here. I was also very pleased with the performance of Candy Clark (American Graffiti, Cool As Ice) who had terrific chemistry with Bowie. The supporting cast includes Buck Henry (The Real Blonde, To Die For), Bernie Casey (In The Mouth Of Madness), and Rip Torn (Men In Black, Trial and Error).

This new Blu-ray claims that it was the result of a 4K restoration and since I’ve only seen this movie once or twice, I really can’t say which is the better version: this or the Criterion. Sadly I no longer have the Criterion version to do any comparisons to and I’m not going to drop a couple of hundred just for this review. So I’ll say that this treatment offers up a clean, crisp visual presence that allows a natural, film-like texture, but doesn’t sacrifice clarity or depth. So yes, you will see grain and thanks to the additional clarity, more than before, but it never hinders the visuals in the least. Instead, this looks just like you’d expect a movie to look, some film grain of course, but a sharp and impressive image. The bottom line is does it look good? Yes. Will it blow you away? Possibly, compared to the previous DVD version(s). For the price, it doesn’t look that bad at all.

The DTS HD Master Audio track is 2.0 which gets the job done. As it was said in the Criterion review for this, “…this movie isn’t an audio powerhouse, but it does have an effective sound design and here, it is well replicated. The music is an important element in the mix and thankfully, it sounds alive and expansive throughout.” No issues arise with dialogue either, as the vocals remain clear and audible at all times. So it won’t blow you out of the water, but it again gets the job done.

There is a Criterion Blu-ray of this film, but unless you want to pony up $200 for it (it’s out of print), this will have to do. Criterion’s version has more extras and the ones here are presented in full-frame, but there are a few new interviews. For those that just want the movie and don’t really care about the supplements, you’re probably not reading this right now to begin with. Lastly the 3 disc set is a bit misleading as one disc is a DVD and the other is

While this offering is nice to have and certainly the new restoration looks good, those who are after the supplements will be a bit let down. Yes, the 72 page booklet is nice to have, but for those that want the total package, you’ll probably want this version along with the Criterion version (and unless you bought it when it came out, it’s pricey). For those that just want the movie itself, this is the way to go. 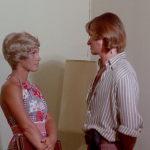 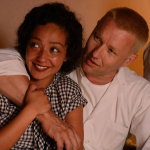