In 1979 an ER doctor named George Miller raised enough money to make a low budget post-apocalyptic thriller named Mad Max. It’s budget was incredibly low (around $400,000) and it took around 12 weeks to film. They hired an unknown twenty year old actor named Mel Gibson to play the lead character. To their great surprise, the movie went on to gross $100 million at the box office and made a star out of Mel Gibson, who would star in two more Mad Max films (The Road Warrior and Mad Max:Beyond Thunderdome.) This week a new Mad Max film starring Tom Hardy arrived in the theaters. I realized that I had not seen the Mad Max movies since I was a little kid around midnight on the SciFi channel. I went ahead and just bought all three Blu-rays this week to get caught up.

The story for the film revolves around a post-apocalyptic Australian landscape. People continue to try to live normal lives, but the highways are run rampant by crazy motorcycle gangs and criminals. The only thing keeping them in line is the group of highway patrolling cops known as the Main Force Patrol. This highway patrol is almost as anarchic as the evil doers that they chase down. They all wear black leather and look pretty punk rock. Max Rockatansky is their best man. At the beginning of the film Max manages to kill an outlaw cop killer named Knight Rider. This leads to his followers, a Manson like tribe of crazies, coming into town. They immediately rape a couple people and intimidate all who come in their path. Max’s partner Goose is killed by them, so Max steps down from his position to be with his wife and child. When they come after Max’s family, Max decides to track them all down and kill them all.

There is a lot to like about Mad Max, but it is by no means a perfect film. Parts of the film are extremely dated. The acting is not completely convincing, as every actor tries their best to go over the top in every scene. There are a few parts of the film that editing could have greatly improved (especially the romantic scenes which drag like crazy.) To get to the revenge portion of the film the viewer is already over an hour into the movie. The revenge portion lasts for only the last fifteen minutes of the film, so it could have been a bit longer and more satisfying. The movie is basically remembered for the last thirty minutes which are pretty great. The first hour suffers from pacing problems.

That said, I like the movie a lot. The footage taken on the highways at high speeds is fantastic. I love the sense of realism and danger in all the stunts performed in the film. There are no computer generated effects, just tough as nails Australians ramping their motorcycles and crashing their cars for peanuts. That scrappy spirit resonates through the entire movie. Mad Max is a cult movie for good reason: the film is extremely well shot. George Miller and Cinematographer David Eggby did an incredible job of shooting the film, making the movie stick out and easy to watch time and time again.

Mad Max is basically a very fun midnight movie. It is original, a bit crazy, and pretty sloppy. It is also beautifully shot and the stunt work is fantastic. If you haven’t seen it and have a taste for grindhouse cinema then hurry up and check it out.

Shout! Factory did an above average job on the transfer of the film. The film shows its age, and certain scenes are just not going to ever look better than presented here due to the budget limitations of the film. There are a few moments in the film where it just plain looks a bit rough. That said the overwhelming majority of the time the film looks awesome on Blu-ray. Mad Max has a very unique sensibility and nothing else out there looks like it.

The DTS HD 5.1 track sounded great to me, and really added a lot to the film experience. For a film that is now thirty six years old it packed way more of a punch than I expected. Also included is the original mono mix and a dubbed mono mix. I didn’t bother with those because I was enjoying the 5.1 mix too much, but they are there if you need them.

Mad Max is a lot of fun to watch and is still a true original. Many people would be able to make compelling arguments for or against the film. Personally, I like it, despite some pacing problems and a bit of cheesy melodrama. The Shot Factory disk includes new interviews that are great, and an excellent transfer of the film. Skip the commentary track. If they ever rerelease it again, I would hope they could get George Miller to sit down for an hour and a half and give a proper commentary. Recommended for fans of the film! 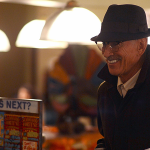 The Barber (Blu-ray)
Next Article 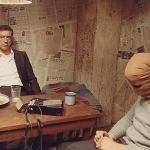