The first film out of the trilogy of politically charged thrillers directed by Costa-Gavras and starring Yves Montand was Z, a true story about Greek government officials’ assassination of a rising leftist political figure. The Confession is the second film, focusing on the wrongful imprisonment and forced confession of Artur London. The third film and most divisive in the trilogy was State of Siege.

State of Seige is probably the weakest of the trilogy, but it is still a fantastic film. The premise of the film involves the fictional character Philip Santore, played by Yves Montand. The opening of the film shows police in a Latin American country searching each car in traffic frantically for a missing USAID worker. A few moments into the film they locate the body of Philip Santore in an abandoned car. The movie then springs back to the beginning of the week and shows the actions that led to his demise.

The film shows the initial stages of how the terrorists were able to procure vehicles and then shows how they kidnapped officials in great depth. Once Santore is captured he is questioned by masked men about his past and what exactly his business in their country was.

As we move further into the film it becomes quite obvious that there are no innocents on either side and that ultimately lives are lost due to promises made under political pressure. The film was meant to serve as both an indictment of American imperialism in small countries but also show the political side of radicalism that leads to so many horrendous actions. It is interesting by casually observing and intentionally not taking sides.

There is a lot going for State of Seige. First off, Costa-Gavras has the ability to pull off some of the most mesmerizing large scale sequences of action in this film. Watching how the city reacts to the disappearance is really an impressive feat by the director. The opening sequence is particularly striking. Second, Yves Montand is absolutely dynamite. He sells the role better than you can imagine. Third, the plot is ambiguous enough to allow people to figure out their stance on all that they see for themselves.

The only problem with State of Siege is that it is just a bit underwhelming after Z and The Confession. If any other director had made the film it would probably receive better press, but considering the high bar set by the previous films, this one is not quite as mind blowing.

The transfer is very good. It is not quite as detailed as The Confession, but has a lot more to look at in terms of scenery. I really enjoyed this transfer, although sometimes the grain seemed a bit oversaturated to myself. Regardless, have no fear. Criterion have a done a fantastic job of restoring this film. The Latin American landscape and cities really look great on celluloid.

Mono can only do so much, but I didn’t notice any pops or drops in sound. Hiss is non existent. Range is limited, but I really thought they did a very good job here. Fans of the film will be glad to hear Yves Montand in perfect clarity. Depth is limited and the track for the most part is fairly silent.

NBC News Broadcast on Dan A. Mitrione – These excerpts originally aired from August 8 to August 12, 1970. This coverage shows the news story that was the basis for State of Seige. In English, not subtitled. (8 min, 1080i).

State of Siege is a very good film for the most part. Like Z and The Confession before it, it forces you to ask yourself some interesting questions. In this case the questions involve American influence on smaller nations and terrorism. I think the film is interesting for showing both sides and equally condemning both. The transfer of the film is superb for the most part and I really enjoyed the special features included. I recommend that if you are a fan of this film you also pick up the Criterion release of The Confession, because the special features on that disk speak about State of Siege at length. Now that we have these awesome releases, when are they going to sell us a Blu-ray of Z? Recommended. 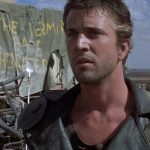 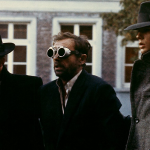