When I go down my list of all-time favorite movies, two are always at the top. The ever-popular Caddyshack and this little gem from the late 1980’s are always number 1 and 2 (respectively). Granted, the formula has been done so many times before that it’s now a cliche, but it worked better here for some reason. The cast was talented and even provided a launching pad for three of today’s better-known actors. Rene Russo, Dennis Haysbert and Wesley Snipes all got their start in this movie and have since gone onto successful movie careers. Add to the formula Corbin Bernsen, Tom Berenger and Charlie Sheen (re-teaming from their Platoon days) and you have a cast of top-notch stars. Major League, like so many others like it (Slap shot, The Mighty Ducks and Necessary Roughness), take a group of hopelessly incompatible people and put them in a predicament (in this case, the Cleveland Indians are in danger of losing their franchise and having it relocated it to Miami) and watch them all come together as a team. What seemed to work with this film is the fact that it was all true (in the sense of the game). At the time, the Indians were the worst team around, something that has drastically changed almost since the movie came out. After a few Division titles and a World Series appearance, there really isn’t a point to poking fun at the Indians anymore, but at the time it was perfect.

The plot of the film is rather simple, but its the characters that make it work. The owner of the Cleveland Indians has died and his ex-showgirl wife now has control of the team. The Indians, true to form, haven’t had a winning season in 15 years and she’s hoping to put together a team so bad (bear in mind the team is already bad) that it will drive attendance down even further and she can get out of the lease with the city. This will, in turn, open up the team to relocate to Miami where she can live like a queen. The film eerily predicts the expansion boom of the 1990’s when baseball wasn’t in places like Arizona and Florida. As mentioned above, the central cast of characters make this film work. Rich Vaughn (Charlie Sheen) has to be let out of prison to play, an ex-All Star, Jake Taylor (Tom Berenger) is called up from the Mexican league and the manager of the team is the manger of a tire plant (Tire World). Truly a group of misfits! This, however, is only half the team. Pedro Cerrano (Dennis Haysbert) has defected from Cuba to practice his religion, Voodoo and he clashes with the seemingly “normal” guy in the bunch, Harris (Chelcie Ross) whose devout Christianity is a source of tension with Cerrano. Lastly, Willie Mays Hays (Wesley Snipes) gets on the team just by showing up at camp…uninvited!

From here we can essentially assume what will happen next. As the resources of the team are slowly getting cut off (presumably because the team losing), the team learns of the owner’s plan to relocate the team to Miami. Needless to say, they’re all pretty ticked and they figure the best way to get back at her is to win every game they can. In one of the better sequences (to me, anyway) the team goes on an incredible winning streak and ends up in the playoffs against, you guessed it, the New York Yankees. Another thing I liked was the fact that they used real teams as I always find it not so believable when teams like the “Sharks” play the “Bears” (i.e. Any Given Sunday). While Major League might not be the greatest movie around, it’s one of my personal favorites. If you’re a baseball fan, odds are that you’ve already seen it and the only thing that really slows the film down is the romance between Tom Berenger and Rene Russo. Aside from that, Bob Uecker (as Harry Doyle) steals the show and I really can’t recommend this film more.

Major League had a new “Wild Thing” edition when it came out a few years back and this transfer seemed to look a bit better than the original DVD that came out several years prior. Well now we’ve got the film on Blu-ray (there was never a HD-DVD release) and I’m pleased to report that the movie looks as good as it ever has. Colors are very strong and vibrant with contrast being on the money. Detail is improved over the previous DVD as well and though the film lacks the bang that new to Blu-ray movies have, it’s still a great-looking picture.

As with most all of Paramount’s titles, the Dolby Digital 5.1 soundtrack has been replaced with a Dolby TrueHD mix. Major League won’t be one that’ll wake the neighbors but it does have its share of good moments, audio-wise. The highlight of the movie in terms of sound has to be the “Wild Thing” routine during the final game. The crowd resonates through the speakers making you feel like you’re right there. Dialogue is otherwise very well-balanced and surrounds are present, just not that much. It’s a decent mix and one that will please fans of the film, for sure.

This is the Blu-ray version of the “Wild Thing” DVD that came out a few years ago. All of the supplements on that disc are present here. First up is a moderately informative commentary by director/writer David Ward and producer Chris Chesser who give some insight into the cast while drinking their margaritas. Yes, they actually announce that they’re drinking margaritas and during several spots you can hear them stirring them. Pretty funny, actually. I’ve seen the movie so many times, that it was nice to hear a commentary track by these two. There’s a so-called “alternate ending”, but as the Ward describes it would ruin the continuity of the movie and I won’t divulge what that is here. There are four featurettes included as well: “My Kinda Team” which takes a look at some of the key players and personalities that made the movie work. There are a few new interviews, but not of the entire cast. “A Major Look at Major League” has some interviews with current Cleveland Indians players who reflect on the film. “Bob Uecker: Just a Bit Outside” focuses on the man himself. How he was cast for the part and a pretty lengthy interview with him now. Lastly, we have a one minute feature with Pedro Cerrano (Dennis Haysbert) done in character as he gives us a tour of his locker. Oh and one thing to note: someone stole Jobu, the source of Cerrano’s power. Someone literally stole the prop from Paramount and this is mentioned on the commentary track. If you know his whereabouts, let them know. We all pray for his safe return. 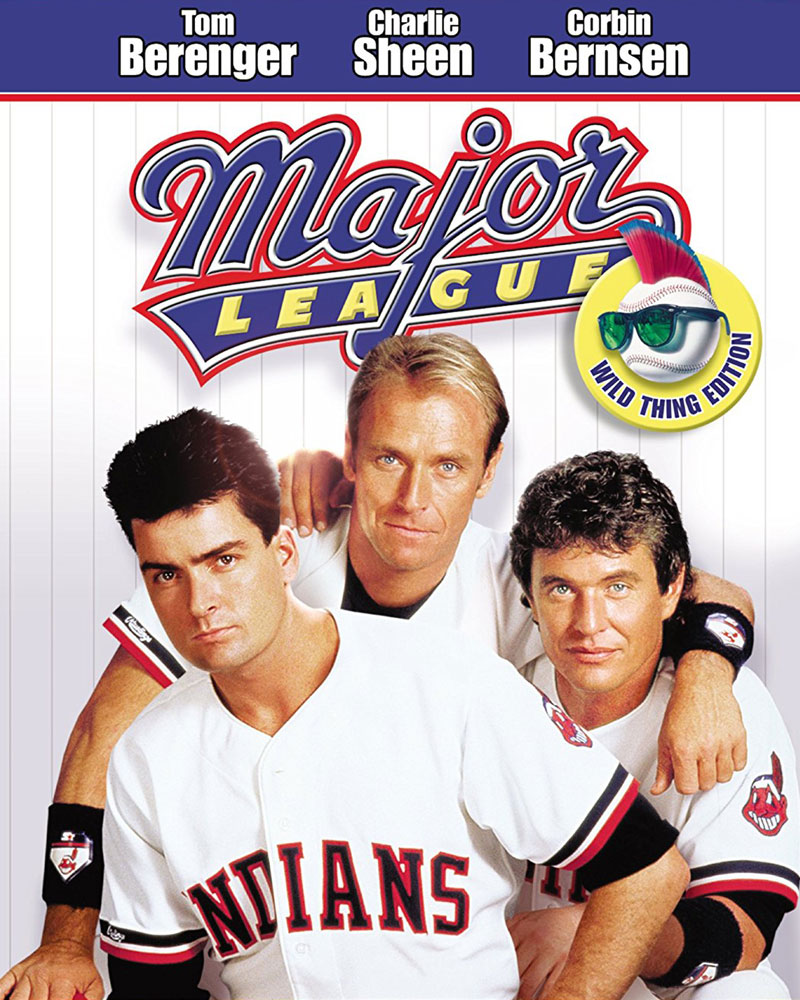