Ah, the Disney classic fairytale. We’ve seen it again and again (and if it continues to make money, again). But that’s ok as some of these stories are timeless. And such is the story of Sleeping Beauty. But Disney threw us a curve when we saw the story told from the perspective of the antagonist – Maleficent. Angelina Jolie’s casting was nothing short of perfection and the result on the first offering was pretty good. Not great, but pretty good. Half a decade has passed since then and now we’ve got a sequel, or more to the point – a “what happened next.” Interesting. I was intrigued. And I’d already forgotten what had happened in the first part. But that’s my problem, not yours. And so, here we are, the porcelain-skinned, winged, razor sharp cheekbones and all follow up to Maleficent. Let’s roll.

Princess Aurora (Elle Fanning) is now queen of the Moors, a land full of enchanted magical creatures. She’s been proposed to by Prince Phillip (Harris Dickinson, who replaced Brenton Thwaites from the first film) in the hopes to unite the kingdoms of the Moors and his own. Phillip’s parents, King John (Robert Lindsay) and Queen Ingrith (Michelle Pfeiffer) join Maleficent (Angelina Jolie) for a nice dinner. It goes awry with King John placed under a curse (guess what it is) and Maleficent flees the kingdom. Battles ensue and it’s an all out war for possession of the throne (sound familiar)?

I have to give credit where its due as this was a rather risky offering from Disney. They’re usually content to rehash familiar tales or make sequel after sequel off pre-existing material. This was totally new. Then again the movie did manage to pull in nearly half a billion dollars worldwide, so I’d say whatever risk was involved was eradicated by the wheelbarrows of cash coming in. For fans of this particular genre, it’ll be a fun ride. But for those of us who are rather tired of the “same ‘ol, same ‘ol” then I just don’t know what to think. It’s entertaining, yes and to see Jolie and Pfeiffer go toe to toe is quite the sight. But as for all around value – I’m looking somewhere else.

Fans of the first film will feel right at home. Maleficent: Mistress of Evil simply sparkles from beginning to end. Everything about this film looks amazing, from the trails of fairy dust to the green smoke that emerges from Maleficent’s hands when she casts a spell – stunning. I found no sign of error in any one scene. Jolie’s angled cheekbones, the green eyes and even the crosshatch pattern on her headset all look amazing. There are some darker scenes in the film and black levels and contrast work in perfect concert with one another. The film is the epitome of a perfect live-action transfer. It’s a great-looking picture.

It’s a bit disappointing that we must upgrade to the 4K to get Dolby Atmos sound, but the included DTS HD Master Audio track isn’t exactly lagging.  Vocals are rich, full and deep, surround effects are plentiful and robust and the LFE have more than their fair share of screen time.  I also have to note that Geoff Zanelli’s score is second to none and really brought the film to a higher level.  The entire gamut of sound is on display (so to speak) here from the battle scenes that engage every speaker to the little high-pitched sounds that heighten the mood. Direction effects are used with great effectiveness as well. Add it all up and you’ve got an amazing-sounding movie that’s sure to delight.

I guess if you’re Disney, you can do whatever you want. This wasn’t exactly a great film, but I enjoyed it more than the first. I don’t personally feel it was wanted or needed, but I do enjoy seeing Angelina Jolie perform. And it’s a bit of a departure from the “classic” story we all know so well. The Blu-ray looks and sounds great, so if you can get enough of your ice princesses – this one’s for you. 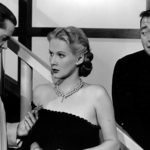 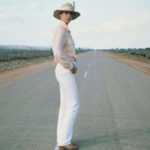