I highly doubt anyone out there (besides some execs in Hollywood) were craving a Men in Black reboot, but here it is. I enjoyed the first film way back from ’97, but felt the sequels were just average. The third film played up the time travel angle, but it still left me with little. One thing that always worked was the star power of Will Smith and his chemistry with Tommy Lee Jones. Both of them filled their roles perfectly. Therein lies the biggest issue with Men in Black: International. Chris Hemsworth is certainly a capable actor, and has more than showed his range in the Marvel Universe, but he doesn’t bring much to his role here. I do feel Tessa Thompson fared a bit better, and she’s certainly easy on the eyes, but this entire outing just feels stale and unnecessary. It’s as if everyone is going through the motions. In many way it’s what’s wrong with the current Hollywood model. They take a brand name and try to modernize it and add a tweak here and there, but it’s all very safe and bland. Also, it’s all been done before and much better. It’s hard to imagine anyone years from now choosing to watch this over the original film. With all that out of the way, let’s dive into the film itself.

We get an early scene in 2016 where we see Agents H and High T as they travel to Paris to stop a Hive invasion. On top of the Eiffel Tower is where this event takes place. We then cut to 20 years prior where it’s 1996 in Brooklyn. We see Molly Wright as she witnesses her parents being neuraylsed by Men in Black agents. She helps an alien escape and we then cut to present day 2019 where we see Molly (Tessa Thompson) and she’s following MIB agent into New York headquarters. Before long, Molly is given a job as “Agent M” and is assigned to the London branch. She then meets Henry/Agent H (Chris Hemsworth) and the two eventually start working together. The plot is to stop an alien invasion. If you’ve seen the original film or one of the sequels then you have a basic idea what to expect. Molly is essentially taking over the role Tommy Lee Jones had and Hemsworth for Will Smith. There are some mild chuckles and the effects are fine, but the film just left me longing for the original. I grew rather bored by this one long before the credits started. Liam Neeson gets a small role here, but he is mostly wasted. There was a last minute twist that I predicted early on too.

I read that the film had some behind the scenes trouble and at least one producer explained that this was to blame for the tepid response the film received. Director F. Gary Gray allegedly clashed over the film’s vision and so on and so forth. All that aside, the final product, while not a disaster, does leave much to be desired. One has to wonder why the film was even made to begin with. If anything, at least the film is a nice visual for the eyes. The script lacks bite, but the visuals do impress, even more so on this disc. All things told, the film is a letdown, but when expectations are super low, matters could’ve been worse. I’d still say skip this and just watch the original again.

The film looks absolutely amazing. Colors popped and the obvious sharper details were noticeable early on. There was certainly a lot to work with here and the film has a wide array of colors that really grab you. And, let’s face it, it’s a Men in Black film, so the little aliens will be everywhere. The CGI look great, depth and detail really add to the film’s overall appeal. So while the film is pedestrian, at least it’s presented in a positive manner.

The DTS HD Master Audio track is also a real winner with it really bringing us into this world.  The film is certainly busy, taking us to various places, but thankfully the track is willing to go above and beyond in that regard. There’s the clarity and sharpness I’ve come to expect as well as the channels all staying active. Like the solid transfer, this track satisfies.

I don’t want to create the illusion that this is a terrible film, instead it’s just so average and by-the-books. It brings nothing new to the table aside from the new cast. That is actually the biggest flaw as Will Smith and Tommy Lee Jones really can’t be duplicated. It’s hard to recommend on even a curiosity level, however, as it’s really just boring and rather lame. Skip it and watch the original instead and save yourself a couple of hours. 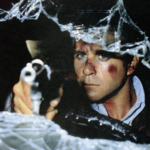 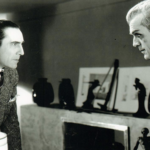