Shout!Factory continues to add satisfying titles from the Eighties with their recent release of Vice Squad. Directed by Gary Sherman and starring Wings Hauser, Season Hubley, and Gary Swanson, Vice Squad is one of the grittiest police procedural films from the decadent Eighties. The song that opens the film is called “Neon Slime.” It plays over a montage of the sights of crime and depravity on the streets of Hollywood. This sets the tone of the film. The film is a hard R-rated trip through the Los Angeles underworld of 1982. The film will not appeal to everyone because it is violent and has some objectionable content. That said, the film despite being over-the-top has some realistic touches that draw the viewer in and keep the viewer from dismissing the film out of hand. I will dig in deeper on that later.

A woman with a young daughter named Lisa lives a double life. By day she is a devoted mother, at night she is a prostitute. She gets a call from a distraught girl named Ginger that says somebody beat her up. She leaves her daughter with a devoted helper named Bee and heads out for the night. She goes by the name Princess (Season Hubley.) Ramrod (Wings Hauser) drives a big Bronco and wears a cowboy hat. He arrives at Ginger’s hotel room and convinces her to let him in. He accuses her of trying to quit working for him and brutally attacks her. Sergeant Walsh (Gary Swanson) works the streets helping to arrest prostitutes. Arriving back at the station he is directed to the medical ward. Ginger dies in front of the sergeant. Princess arrives at the station and when Walsh forced her to look at her friend’s body, she agrees to help him to take down Ramrod. The bust goes according to plan and she gets her revenge on Ramrod. Unfortunately, Ramrod makes a daring escape. Walsh must find Ramrod before he finds Princess and exacts revenge.

Despite its sordid matter (or because of it,) the film works. The script manages to ramp up enough tension and layer on enough realism that it will hold the attention of any viewer. It is interesting that the script is able to focus so much attention on the travails of a prostitute. These characters are typically relegated to the background of police films, but in this film the central character duties are split between the prostitute, the cop, and the maniac pimp Ramrod. It is an interesting approach that yields a very different result. The effect is that the characters feel less one dimensional and the audience is forced to understand what the street workers go through to support themselves. This in turn leads to a couple scenes that will be found objectionable to a majority of audiences. I abhor violence against women and there are at least three scenes that got under my skin. At the same time, these scenes create the necessary dramatic tension to elevate the film from a fairly cookie cutter cop film.

The performances in the film are all well appointed, but one person steals the whole movie. Wings Hauser’s performance in the film is pure magic. He is so over-the-top that he risks making the film a comedy. It is one of the most unhinged performances I have seen since watching Dennis Hopper in Blue Velvet. The film features good performances by Season Hubley and Gary Swanson. Season Hubley risks a lot with this performance. Her role is pretty dirty and tough. As an actress, this role would be a hard sell. She does a good job in the role. Gary Swanson is fun to watch on the screen as the tough as nails cop. The film is also aided by some superb character actors in minor roles including Pepe Serna and Michael Ensign. It is an ensemble that works well.

The film is capably directed by Gary Sherman who employed the help of renowned cinematographer John Alcott who is best known for his work on Stanley Kubrick’s films. The result is that the film is a neon nightmare. The film takes place over the course of one evening and it takes in the sights and sounds of Los Angeles before money cleaned up the streets of Hollywood. The cinematography is striking, although calling the film pretty would be a falsity. I particularly enjoyed the scenes that take place on the actual streets of Hollywood – whether from inside of a cop car or following Ramrod as he pulls into a hotel. These scenes look really interesting. The script of the film by Sandy Howard, Kenneth Peters, and Robert Vincent O’Neill is pretty fantastic, largely because director Gary Sherman fixed the issues with the script as it was being filmed. The chaotic nature of the situations in the film can veer from the comedic (wedding, anybody?) to the traumatizing (an unlucky rendezvous with a convention patron.) All of it works well and when Ramrod escapes the clock starts ticking and the suspense ramps up.

Presented in 1.85:1 aspect ratio with an MPEG-4 AVC Encoded image, the 1080p presentation looks nice. The new 4K scan done in conjunction with Studio Canal looks great to my eyes. There is some noticeable grain, but that is to be expected given the time frame and the entire movie takes place at night. The grain can sometimes be a little chunky, but I was not upset with it given how the film was shot. I was happy to see John Alcott’s cinematography receive the deluxe treatment and think that fans will be very pleased.

From the opening riffs of the theme song “Neon Slime,” until the finale, the audio presentation on Vice Squad sounds pretty great. The DTS-HD MA 2.0 stereo track is pretty good and at times gets pretty loud. I accidentally woke my wife during all the gunshots in the finale. Dialogue is clear and the score comes through well. Fans will be happy with it.

Vice Squad is definitely not going to please every crowd. The film is probably too gritty and rough for some viewers, but I honestly found it to be a consistently engaging thriller with some great writing. The film is definitely out there, but it all feels right. The exceptional performance by Wings Hauser deserves to be seen by all film fans. The film is boosted by great supporting performances and some really great cinematography by John Alcott. The film also has a sly sense of humor that adds to the quirky nature of the film. Shout!Factory has provided over five hours of interviews and two commentary tracks. With a strong looking transfer from a new 4K scan, fans will want to purchase this collector’s edition immediately. If you are open minded and can handle some grimy business, this film comes highly recommended. 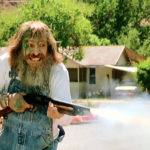 Nightmare at Noon (Blu-ray)
Next Article 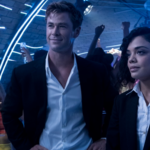