My Boyfriend’s back is definitely a product of the 90’s. An era that was much more experimental that today’s world, both with music and film. It’s a strange film from the start, and wears that strangeness on its sleeve. On the surface, it’s a fairly routine story of a geeky boy who’s in love with the pretty, popular girl. What sets it apart is that this geeky boy has been killed and returns from the dead for a second shot at love and life. Johnny (Andrew Lowery) is in love with Missy (Traci Lind). We get an animated, comic book style opening with a narration by Johnny. This is a nifty little gimmick that’s brought up again throughout the film. Johnny learns that she just broke up with her boyfriend and it hoping that he can steal her heart. Johnny concocts a scheme where his best friend, Eddie (Danny Zorn) will pretend to rob the gas station where Missy works and Johnny will step in, save Missy and win her love. So far, so good, but trouble arises when an actual robber comes into the store. Johnny blocks the robber from shooting Missy, but in turn, is shot and killed. After Johnny’s funeral, he returns as a zombie and tries to finish what he started. Everyone acknowledges him and seems to continue on as usual. It doesn’t take long for Johnny to realize that he’s literally falling apart. He’s told that he must eat flesh to prolong his life. This doesn’t go so well when he tries to eat Eddie.

As mentioned earlier, this is indeed a strange film. It’s also a perfectly watchable film as long as you’re willing to go along with the premise from the start. I’ll be the first to admit that it was more than a little unpleasant at times, but it’s hard to deny its charm. It can be a bit hard to stomach at times, but since it’s all played for laughs, I came around to it. By no means is this a classic film, but it gives a nice twist to the tired High School teen films. Some of the later moments do get a bit carried away, such as the townsfolk and their reaction to Johnny, but the film works best when it focuses on Johnny and Missy’s relation. Watch for performances from Philip Seymour Hoffman, Matthew McConaughey and Matthew Fox. The latter of the three making their screen debut.

This is by no means a great transfer, but fans will still be pleased. It’s probably not going to get better than this, so cherish it. Colors seem fine, the print is mostly nice, but it’s never as sharp as I would’ve liked. Still, nitpicking aside, it’s hard to find major faults here. The image is AVC encoded with a 1.85:1 ratio.

We get a very basic Dolby Digital 2.0 track. It’s neither terrible nor great, but gets the job done. I just kept the volume higher than usual, and it worked for me. It can seem limited at times, but it’s not an overly aggressive film that calls for much more. Vocals were always audible with no major issues.

Zilch! There’s not even a main menu, which is kind of frustrating.

I admit I enjoyed the film while I was watching it, but it’s not something I’d feel the need to return to any time soon. I’m sure anyone considering a purchase will be longtime fans of the film. The disc is fine in terms of A/V quality, but the complete lack of extras might deter some buyers. Still, the asking price is quite low at the moment. Recommended for already established fans. 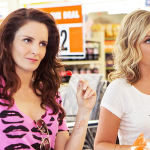 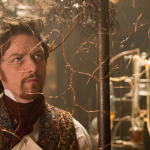