Offering something of a modern twist on “Truth or Dare”, Nerve takes a look at how today’s youth is consumed by modern technology. The film never goes too far beyond surface level, but I have to wonder if maybe that’s the point? We’re seeing teens acting like complete buffoons all for a silly virtual game. The players can win money if the dare is completed, but things are taken quite far. We see characters in this film doing many stupid things. I only hope that the today’s youth never attempt some of the things seen in this film, but you never know with some people. Some will do anything for their 15 minutes of fame. Heck, some will do it just to do it. It reminded me of how grateful I am to have been a kid in the 90’s. The trends and music of today’s world is quite bad, and this film is a sad reminder of that.

Emma Roberts is front and center here as “Vee”, she’s by all accounts a well-rounded kid. We see that her mom, played by Juliett Lewis plays her mother and we learn she had a brother who passed away recently. Vee has never been one to take a chance. That is until she decides to give “Nerve” a try. It’s an online game that lets users to accept or reject challenges. If they complete whatever challenge they’re given, they’re rewarded money. Some of the challenges are more daring than others. On one of her dares, she meets Ian (Dave Franco). She chooses to kiss him for 5 seconds, and eventually the two of them are running around the city on various dares and getting to know each other. Over the course of the film, we learn a bit about Ian and why he chooses to play the game. I won’t reveal specifics, but they’re reasonably interesting to say the least. Ultimately the film does accurately portray where we stand with modern technology even if it isn’t particularly deep. It might be the film’s sole purpose to only skim the surface as the characters depicted in the film are seen as shallow and petty, but your mileage may vary. I do appreciate that it never became a message movie. It never tries to beat us over the head with anything. It won’t be something I need to see more than once, but it did maintain my interest throughout the brief running time.

We get a 2.40:1 AVC encoded image that looks quite nice. Set against a busy city backdrop, there are often many bright lights and skyscrapers in the background that add nice detail. Colors always appeared fine and the print used showed no issues. Fans will be pleased with the results here.

There’s a DTS-X track, but it was downgraded to DTS HD for me. Results were as expected as vocals seemed fine, background chit chat and banter also played a large role. There’s plenty of music as well. None of it is very good, but the tracks shows good range. Like the transfer, this track should please fans of the film.

Far from a perfect film, and not without some issues, Nerve still does what I think it sets out to do. It accurately shows how kids today would behave to such an online game of this sort. It’s quite sad if you stop and think about it. It’s not particularly deep, but that might be the point. It held my interest more than I thought it would. Rent it. 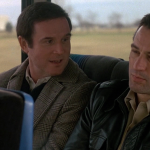 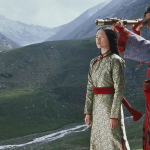