Warner Archive Collection have continued their eccentric line of archival releases with a war picture that features Frank Sinatra and an early performance by Steve McQueen. I should note right now that I was obsessed with Sinatra as a child (particularly his Reprise recordings that were taking place around the time he filmed this movie,) but I never had seen this film. Sinatra is always fun to watch onscreen, so I sat down to watch the film last night.

This text scrolls across the screen as the film begins:

“In the hills of North Burma, gateway to the vast prize of Asia, less than a thousand Kachin warriors, fighting under American and British leadership of the O.S.S., held back 40,000 Japanese in the critical, early years of World War II. It has been said NEVER have free men everywhere owed so much to SO FEW.”

Frank Sinatra plays Captain Tom Reynolds, a tough leader of Kachin warriors fighting the Japanese in Burma. His men are in constant peril due to many factors including treason within their ranks and Chinese war-lords that have been given free reign by the Chung King government to make raids on them. When Reynolds is faced with a hard decision and mercy kills one of his men due to the lack of medical supplies and a doctor, he goes into town with his British counterpart Captain Grey Travis (Peter Lawford.) There they meet a brash and entertaining young soldier named Bill Ringa (Steve McQueen.) At dinner Tom meets the beautiful Carla Vesari (Gina Lollobrigida) who is seeing a wealthy local businessman named Nikko Regas (Paul Henreid.) Tom immediately falls under her spell and she his, but she is possibly too ambitious for him.

This movie is a bit of a mixed bag. The pacing of the film is a little bit slow and the mixing of the love and war stories leaves a little to be desired on both accounts. I did not feel a ton of chemistry between Sinatra and Lollobrigida despite their very best attempts to force it. It could be because Sinatra was in his mid-forties at this point, but I have no idea why the coupling just doesn’t quite feel natural. That causes the scenes between her and Sinatra to feel incredibly flat aside from a scene where she sits in a bathtub that is admittedly somewhat sexy. The war scenes play out pretty well but never seem to carry the heft that they should. Once again, I felt myself scratching my head as to what felt off during these scenes, but it just never seemed to come together.

The good things about the film are that the writing has the occasional great line like when Sinatra talking about his British companion says, “He speaks English like he hates it.” That is just one example, but the film has numerous good lines that lead me to believe that the book on which it was based is probably pretty good. The other reasons to watch are the actors themselves. It was great to see Charles Bronson as a hot-headed Navajo code breaker. Steve McQueen has arguably the best scene in the film involving drinking and military police. This film showcased him early in his career and he is very fun to watch in the film. I also got a grey laugh out of the goatee that Sinatra began the film with.

Overall, this film is probably worth a rental if you are a fan of the time period and key actors, but for me it felt a little flat.

Warner Archive Collection have provided a transfer from the MGM archives in 1080p in the original aspect ratio of 2.35:1. This transfer looks great. The cinematography by William H. Daniels looks nice and maintains a great amount of detail from the widescreen framing. The film was shot in Cinemascope in Metrocolor and like many films of that time Blu-ray is very kind to it. Fans of the film will be very pleased with how well it has turned out.

This DTS-HD MA 5.1 surround track was originally produced for the 2005 DVD release. It sounds pretty great. Obviously, the original sound design was in Mono, say you should temper your expectations accordingly. The score by Hugo Friedhofer is one of my favorite aspects of the film and it sounds tremendous. This is another solid effort by Warner Archive.

Never So Few has some redeeming qualities and is by no means a bad film. For myself, it was a little bit flat. Unfortunately, I found myself bored more frequently than I had expected. It was still nice to watch Steve McQueen and Sinatra share the screen. Warner Archive has provided a fantastic transfer of the film and the soundtrack is great. I would recommend a rental prior to a purchase but fans will be pleased by the care given to the film. 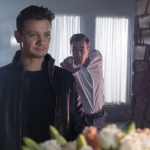 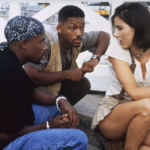