It’s strange when you think about it; some of the games we’ve played when we were kids. Certainly Tag was one of them and it’s simplistic nature has no doubt made it a pastime for many generations of young ones. But can the same game go on for years and years – even into adulthood? Based on a 2013 article in the Wall Street Journal, yes it certainly can! I’ve often been impressed how some of the most innocuous things have become the subject of movies. Off the top of my head, Julie & Julia was inspired by blogger Julie Powell’s quest to make every recipe in Julia Child’s cookbook. I think one example should suffice. The point being, with the right cast and crew (and script) essentially any movie based off, well, anything can become an entertaining film. Tag sports a pretty stellar cast, but can a movie about a kids’ game do the trick for 100 minutes?

It all started when best friends Hoagie (Ed Helms), Bob (Jon Hamm), Jerry (Jeremy Renner), Chili (Jake Johnson) and Kevin (Hannibal Buress) decided to create a game of tag unlike any other. Three decades later it’s still going strong, but one of the gang, Jerry, is still the undisputed champion having never been “it.” Envious of Jerry and his resulting arrogance, the gang tries (and fails) year after year to get him. Each May the rules fly out the window and, wouldn’t you know it, Jerry’s getting married which proves the most opportune time to dethrone the king. Of note, the game is relegated to “boys only” as the rule “no girls allowed” was set in motion when they were kids. Much to the chagrin of Anna (Isla Fisher), Hoagie’s ultra-intense wife. Jerry knows that the crew wants to take away his unbeaten streak before he has the chance to retire as the undisputed champion. But can they do it?

There’s a lot to like about Tag, mostly the cast. Every single actor brings their own unique blend of action, comedy or both. Fans of the 2005 comedy Wedding Crashers will find Isla Fisher essentially playing an older version of her character. And that’s fine as she steals every scene she’s in as Hoagie’s super-competitive wife. Hamm is played against his previous characters, but he manages to bring a bit of charm to his role as the “successful, yet insecure” financial CEO. The first half of the film is where it’s at, but I found myself caught up in the movie enough where the second half didn’t deter me too much. There’s a bit of questionable behavior that I won’t get into here, but hopefully the real life guys didn’t take it to that extreme. Regardless, Tag has several laugh out loud moments and I was entertained. Isn’t that the point?

Tag hits Blu-ray with a pretty stellar-looking 2.4o:1 AVC HD image. The cast, mainly in their 40’s, seem to look pretty good even considering the tack sharp detail. The film does use plenty of super slow-motion shots (mainly to show how amazing Jerry is at the game), but these do really add to the movie. Tagging someone on the shoulder is no big deal, but put it at 1000 frames per second and you’ve got something! The color palette is bright and vivid, though some of the nighttime shots seemed a bit on the muddy side. Perhaps it was just me? Regardless, this is a good-looking image.

A DTS HD Master Audio soundtrack is used and with (sometimes) great effect. Again, coupled with the super slow-motion shots, there’s some dynamic audio that really makes these selected scenes work. Vocals are pure, crisp and clean – Jon Hamm’s deep voice pairs nicely with Isla Fisher’s perpetual yelling. The front stage takes the majority of the action while the surrounds offer up some nicely needed ambiance. Comedies, by and large, aren’t known for their soundtracks, but this one sounds pretty good.

Fans of slapstick comedy will be right at home with Tag. It features a great cast, all of whom nail their respective roles. Warner’s Blu-ray both looks and sounds good, though the supplemental material is a bit lacking. 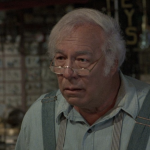 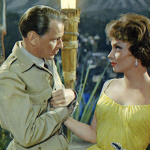